Barenboim in Oviedo, Madrid and Barcelona with Debussy 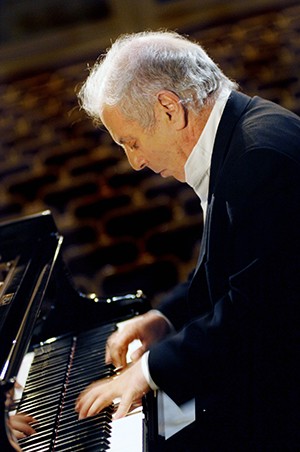 The recital will offer Daniel Barenboim to commemorate the centenary of the death of French composer Claude Debussy He has already hung the sign sold out in Madrid. The famous pianist and bandleader will perform next 8 from January, in programming 48Edition of Ibermúsica, cycle that goes with assiduity. Barenboim also has scheduled concerts in Oviedo (7 from January, Prince Felipe Auditorium, last entries); and Barcelona (11 from January, Palau de la Música / BCN Classics, tickets available).

Director lifetime holder Staatskapelle Berlin, among other charges; founder, along with Palestinian intellectual Edward Said, de la West-Eastern Divan Orchestra; also founder of the Berlin academy Barenboim-Said, where from 2015 young students from the Middle East; Daniel Barenboim is also the author of several books and has received numerous awards for his work for peace, including the Prince of Asturias Award for Concord.

With this concert in Madrid Ibermúsica continues its most ambitious season of the last decade. Between October 2017, and up 7 June 2018, the cycle will visit some of the best orchestras, directors and artists in the world, plus three special concerts.

Ibermúsica just make available to the public three new modes of payment: Christmas two and one piano. Compost three Christmas concerts, whose price is located from 166 euros, include Gürzenich concerts Orchester Köln (8 February); Radio Finland, Bird y Sol Gabetta (15 of March); y Gewandhaus Leipzig y Andris Nelsons (6 of May). In the fertilizer 4 Christmas concerts, from 217 euros, are included: Heras-Casado, Javier Perianes and the Munich Philharmonic (13 February); Evgeny Kissin and the Kopelman Quartet (19 February); The HEROIC of Beethoven and the Concerto No. 2 Rachmaninov (14 of March), Gabriela Montero, Cadaqués Orchestra and director Jaime Martín; Gewandhaus Leipzig, Nelsons and the Emperor Beethoven (5 of May).

By last, fertilizer for piano, from 334 euros, It has six concerts: London Philharmonic, Jurowski y Kozhukhin (31 January); Heras-Casado, Javier Perianes and the Munich Philharmonic (13 February); Evgeny Kissin and the Kopelman Quartet (19 February); Gabriela Montero and Cadaqués Orchestra (14 of March); Simon Trpčeski, Tonhalle Zurich and the Symphonie Fantastique (18 of April); y Nikolai Lugansky, Sakari Oramo and Stockholm ROF (3 of May). Subscriptions can be purchased by phone at 91 426 03 97 or in email abonos@ibermusica.es.