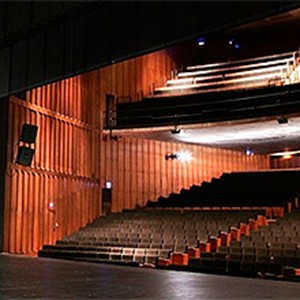 The San Lorenzo de El Escorial Auditorium Theater Summer Festival presents the cycle of concerts of the prestigious International courses Matisse, a classic summer nights in the mountains of Madrid. The five concerts in the cycle will take place on 11, 13, 20, 21 Y 26 July at 20.00 h. -except Sunday 21, starting at 19.00 h.-.

The cycle opens 11 July with a charity concert in favor of the children of the congregation of Santa María de Leuca de San Lorenzo de El Escorial, which will be borne by the soprano Cecilia Lavilla Berganza and the pianist Miguel Ituarte. A performance in which pieces of Manuel García, Hector Berlioz, Amadeo Vives and Cécile Chaminade.

The concert of the 13 July will be instrumental, with a first part in which Alfonso Aguirre will play the guitar scores of Abel Carlevaro (American Prelude # 3 ‘Field’), Agustín Barrios Mangoré (Cathedral) or Leo Brower (Three notes), among others. In the second part, the cellist Kathryn Price and the pianist Charles Matthews will delight the public with the Sonata in G minor Opus 19 by Sergey Rachmaninov.

Victor del Valle (piano), Carole Petitdemange (fiddle), Carmen Solis (soprano) and Alisa Labzina (piano), will be in charge of the recital of the day 20, in which they will perform songs by Francis Poulenc, Giacomo Puccini or Albert Alcaraz. The next day, he 21 of July, Ludwig Van Beethoven will sound (Seven variations on the ‘Bei Männern, what love ’de Mozart feel), Manuel de Falla (Spanish Folk Suite), Astor Piazzolla (The Grand Tango) o Pablo Sarasate (Habanera Op. 21, No 2), among others, by the hand of Carlos Vesperinas (cello), Carlos Negro (piano), Paula Sastre (fiddle) and Charles Matthews (piano).

As a final climax, he 26 July a concert will be held with all the teachers of the 32nd edition of the Matisse International Courses. Patricia Arauzo will pass through the stage (piano), Hilary E. Fielding (cello), Alisa Labzina (piano), Carmen Solis (soprano), Kathryn Price (cello), Juan Llinares (fiddle), Sasha Crisan (cello) and Charles Matthews (piano).
​
International courses Matisse
As part of the cultural and training activities that during 32 years have been developing at the Matisse Art Center, The Matisse International Music Course stands out for its quality and prestige. A meeting that held its first edition in August 1988 as closing of the I Cycle of Music and Theater in the Royal National Heritage Sites, and that today expresses its maturity and artistic solidity thanks to the participation of more than 2.000 students of various nationalities, that over more than twenty years have been trained under the watchful eye of renowned teachers from all over Spain and Europe.

The demand and quality of the educational offer, the dissemination of music through lectures and master classes, along with the beauty of the different historical and cultural spaces of the Royal Site in which it has been developing throughout its fourteen editions, have turned this Course into an open stage that increasingly interests music professionals, students, aficionados, critics, specialists and the general public.

In addition to the Matisse International Courses cycle, in July the Summer Festival hosts the performance of Paquito D’Rivera (day 12), the concert of the Young Choir of Andalusia (day 14), the show tribute to Lorca Bernarda’s Backstage de Winged Cranes (19 of July), the opera Madama Butterfly G. Puccini with Ainhoa ​​Arteta as protagonist (25 Y 27 of July) or the premiere in the Community of Madrid of El Quijote del Plata of the Sodre National Ballet (30 of July), among other shows.