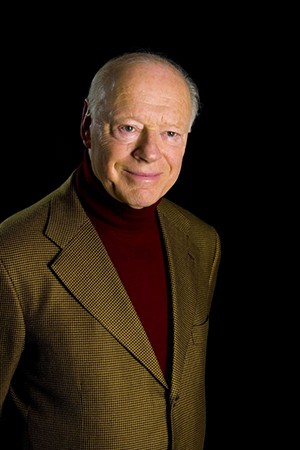 Considered one of the world's leading orchestras, the London Symphony Orchestra will be in charge of starting 48Season Ibermúsica surrounded by a trio of classical music aces: director Bernard Haitink, violinist Veronika Eberle and pianist Emanuel Ax. The first quotation cycle will double: the LSO will offer two successive concerts, the first will take place on Sunday 22 October and the second performance, Monday 23 October. About him National Music Auditorium in Madrid will sound works of Mendelssohn, Brahms Y Beethoven performed by some of the most exquisite contemporary artists.

the british group, founded in 1904, is the oldest in London and its 95 members organize themselves as a self-managed musical collective. At this start of the season 17/18 Ibermúsica, the LSO will be accompanied by the famous Bernard Haitink. The career of this long-lived director began 62 years and has been in charge of some of the most outstanding groups on the music scene such as the Royal Concertgebouw Orchestra, Staatskapelle Dresden or the London Philharmonic.

To tackle the busy schedule of the first date, the London Symphony will take the stage alongside violinist Veronika Eberke, who has an outstanding international career. The citation includes the works of Felix Mendelssohn Fingal's Cave, on. 26 (also known as the hebrides) and the Violin Concerto; and the symphony No. 2, Johannes Brahms. In the second of the performances they will also address a composition by Brahms, symphony No. 3; Besides of Piano concert number 5, "Emperor", L. V. Beethoven. On this second occasion, the British orchestra will perform together with the pianist Emanuel Ax, winner of the New York Fisher Prize and several Grammy Awards for his recordings.

With these first two dates, Ibermúsica premieres its most ambitious season of the last decade. From the month of October 2017, and up 7 June 2018, the cycle will visit some of the best orchestras in the world (Berlin Philharmonic, Royal Concertgebouw Orchestra, said London Symphony Orchestra and the St. Petersburg Philharmonic), conductors and soloists of the caliber of Daniel Barenboim, Sir Simon Rattle, Evgeny Kissin, Juan Diego Florez, Labèque the sisters Katia and Marielle, Gianandrea Noseda, Maria João Pires, Vladimir Jurowski o Sir John Eliot Gardiner.

In addition to an important presence of German groups and three extraordinary concerts by the best lyrical tenor Juan Diego Flórez; the Berlin Philharmonic on the farewell tour of conductor Sir Simon Rattle and the Vienna Boys' Choir.

Founded in 1904 by a group of the best musicians in London, the London Symphony Orchestra is a self-governing musical collective based on complicity and artistic collaboration. The orchestra remains owned by its members and has a distinctive sound that emanates from the zeal and virtuosity of its members. 95 musicians from all over the world.

The LSO is the resident orchestra at the Barbican Center, in the City of London, where offers 70 symphonic concerts a year and performs as many on tour around the world. The orchestra works with a family of artists that includes the world's great conductors: since Sir Simon Rattle as music director-elect, to Gianandrea Noseda and Francois-Xavier Roth as main guest directors, including Michael Tilson Thomas as director laureate and André Previn as director emeritus.

His philosophy is to transfer the best music to the largest number of people. Thus, has an educational program, LSO Discovery, that brings the work of the orchestra closer to all sectors of society and is related to 60.000 people every year. further, his work extends beyond his own record label ‒LSO Live, the first of its kind which was released in 1999‒ and now streams your music to millions of people worldwide.

Committed to the development of young musical talents, Haitink annually gives conducting master classes at the Lucerne Easter Festival and at the Zurich College of Art, he also conducts concerts with the Royal College of Music.

He has done an extensive record work for the Phillips labels, Decca and EMI, as well as for those recently created by the orchestras themselves. He has received numerous awards and distinctions in recognition of his musical work, including several honorary doctorates, the title of Knight of Honor of the United Kingdom and the Order of Orange-Nassau of the Netherlands.

The exceptional talent of Veronika Eberle has been recognized by many of the best orchestras, stages and festivals, as well as some of the most outstanding directors. His most outstanding commitments during the season 16/17 included his debut with the Philadelphia Orchestra, San Francisco Symphony and the London Philharmonia Orchestra. She has also been invited again to perform with the Symphonique de Montréal, Munich Chamber Orchestra and Bavarian Radio Munich. The violinist has appeared in the new Hamburgische Staatsoper production performing the Violin Concerto, the mountain, under the baton of Kent Nagano. He continues his association with the Kammerakademie Potsdam through a residency.

In this season, Eberle will appear together with the Orchester National de Lille, The Irish RTE National Symphony Orchestra, the aforementioned concert with the London Symphony Orchestra, Orchestra Philharmonique de Strasbourg and the Hamburg Philharmonic State Orchestra. Among the most outstanding commitments is his debut with the Chamber Orchestra of Europe and Yannick Nézet-Séguin, tours of Australia and Japan, in addition to concerts with opera from Hamburg for the recovery of opera Lulu, by composer Alban Berg.

born in poland, Emanuel Ax moved to Canada with his family when he was a child.. He was awarded a scholarship to study at the Juilliard School and later won the Young Concert Artists Award.. He continued his studies at Columbia University, where he graduated in French. His New York debut came at the Young Concert Artists Series and he began to gain public attention from 1974, when he received first prize at the Arthur Rubinstein International Piano Competition in Tel Aviv. In 1975 received the Michaels Award of Young Concert Artists and, four years later, the coveted Avery Fisher Prize.

In the company of his usual collaborator, David Robertson, started the season with six Mozart concerts over two weeks in St. Louis, a project he repeated in Sydney. Following the opening gala of the Philadelphia Orchestra season with Yannick Nézet-Séguin, Ax returned to perform with the Cleveland Orchestras, New York and San Francisco, among other, in addition to offering a recital at Carnegie Hall to conclude the season. In Europe, can be heard in Stockholm, Vienna, Paris or London. Likewise, will tour the United States with Leonidas Kavakos and Yo-Yo Ma during the winter to support the recent release of the Brahms Trios album on the Sony label. Committed to contemporary composers, receives work from artists such as John Adams, Christopher Rouse, Melinda Wagner, Krzysztof Penderecki on Bright Sheng.

Ax has been an exclusive artist on the Sony Classical label since 1987. His most recent albums include the Mendelssohn Trios with Yo-Yo Ma and Itzhak Perlman.; Enoch Arden, Strauss, with narration by Patrick Stewart; and albums with compositions for two pianos by Brahms and Rachmaninoff, with Yefim Bronfman. In 2015 the Deutsche Grammophon label released a duet recording with Perlman, in which they tackled sonatas by Fauré and Strauss.

Emanuel Ax has received several Grammy Awards for his cycle of Haydn's piano sonatas.; as well as for his recordings with Yo-Yo Ma of the Beethoven and Brahms sonatas for cello and piano. Other recordings include Liszt and Schoenberg concertos, Brahms, tangos by Astor Piazzolla and John Adams. In season 2004/2005, Ax helped win the BBC an Emmy Award for a Holocaust documentary released on the 60th anniversary of the liberation of Auschwitz.. In 2013, your recording Variations I receive the Echo Klassik Award.

Emanuel Ax is a member of the American Academy of Arts and Sciences and holds honorary doctorates from Yale and Columbia Universities..