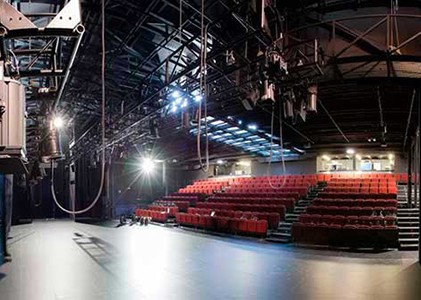 Due to production adjustments, the show That voice, scheduled to take place 26, 27 Y 28 October in the Matadero Ships will be postponed for future seasons, on dates yet to be determined.

Instead, four performances of the show will be offered The Rite of Spring – an incidental illustration, from igor Stravinski, with illustrations of Sagar, the days19, 20 (two functions) Y 21 October, with the participation of the Head of the Royal Theatre Orchestra, under the direction of Nacho de Paz.

In 1913, during the legendary premiere of Spring consecration, Igor Stravinsky, played by Vaslav Nijinsky and the Ballets Russes Sergei Diaghilev of, there was a commotion sounded at the Théâtre des Champs-Élysées in Paris. The public, contorted face of such brutal spectacle, and overwhelmed by its subject, He did not hesitate to protest violence.

A century later, the Orchester National de France and Daniele Gatti music director met in the same theater to honor Stravinski, interpreting his masterpiece accompanied by illustrations of the Aragonese artist Sagar. This is the version that will be offered to the Naves Matadero - International Center for Living Arts (Nave 11), Titular Orchestra of the Teatro Real, under the direction of Nacho de Paz.