Carmela Remigio be Donna Anna at the Liceu 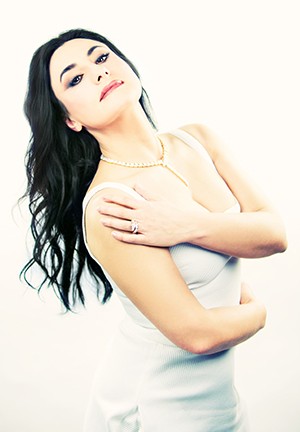 After reaching at the Salzburg Festival last record 400 performances in Don Giovanni, the famous Italian soprano, Carmela Remigio, recently awarded as best singer with the prestigious "Abbiati Prize", debuts at the Gran Teatre del Liceu as Donna Anna, the next 19 of June.

Claudio Abbado chose her personally to give life to Donna Anna in the prestigious edition of Don Giovanni with the Deutsche Grammophon seal. Since then, the soprano born in Pescara, Has made 350 performances on the most prestigious lyrical stages in the world, in the role of Donna Anna and, fifty, as Doña Elvira, in the famous drama playful from Mozart.

The Italian soprano, probably the best Donna Anna of today and the most requested, points: “Anna is one of the most refined Mozartian characters. There is something miraculous in every pulse, as well as the germ of so many other characters in the belcanto. His recitatives and arias are of a perfection and a neatness, that is unmatched in the history of music. They seem to anticipate the melody and phrasing of successive masterpieces such as Anna Bolena, Rule e I puritani. To understand, precisely, in depth to Anna - continues Remigio -, I have also sung the role of Donna Elvira in some productions of Don Giovanni and I'll sing it again at La Fenice in Venice in the fall. They are two very different characters: Elvira is more dramatic, while Anna, instead, is more enigmatic and sinuous. Y, so, they complement, in some way; one is a mirror of the other. "

I was only eighteen, when Pavarotti fell in love with the crystalline color of her voice and became the new winner of her famous “Luciano Pavarotti International Voice Competition” in Philadelphia. Later, Carmela Remigio would accompany him in hundreds of concerts and tours around the world.

Carmela Remigio makes her debut at the Barcelona coliseum, after his recent successes on his return to the Teatro dell ’Opera in Rome, playing for the first time the role of Elisabetta in Maria Stuarda of Donizetti and in the Maggio Musicale Fiorentino, in the demanding role of another Mozartian heroine, Elettra (Idomeneo, King of Crete).