“Carmen” from the Teatro de la Zarzuela to TVE2 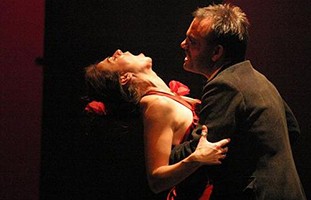 On Sunday 12 October TVE2 broadcasts live “Carmen“, the performance of the zarzuela in four acts, from the comic opera of Ludovic HaLévy Y Henri MeiLHac, based on the novel Carmen (1845), from ProsPer MériMée and music from Georges Bizet.

when in season 1887-1888 the composer and musical director Gerónimo Giménez and the businessman Felipe Ducazcal decided to program Carmen, arranged to the Spanish scene as a zarzuela in four acts, on the plot of a novel by Prosper Mérimée and with music by the maestro Georges Bizet, they made a brave decision for the time. They had just performed an act of appropriation of a figure, Carmen's, which would soon go from being a simple search for the couleur locale, typical of the French exoticism of the mid-nineteenth century, to become not only one of the great musical legends, if not of the Art of the 20th century.

Today, re-enacting Carmen as a zarzuela means, recover the first version that was staged in Spain in this same theater with the spoken dialogues, and recognize that Zarzuela is not an isolated genre but rather, Unlike, has always been nurtured by the theatrical and musical genres of other countries.

To recover this archetypal dimension of the Carmen myth, we have invited two women to confront the same: Ana Zamora, committed stage director, y Yi-Chen Lin, young conductor, who will debut on this Madrid stage. why two women? Because Bizet's Carmen, y no aquella by Mérimée, It is not a drama of love but, how exactly the stage director interprets, the drama of men who do not know how to act in front of a free woman.

As Zamora observes, «We are facing a story written by men fascinated by a woman who does not adhere to traditional formats and who awakens an ancestral panic before something that wants to be enjoyed, but at the same time control». Because Carmen does not claim any ideology, he simply wants to exercise his individual freedom.