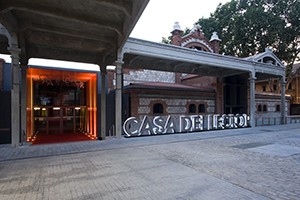 In the afternoon, Tuesday 29 of November, to 19.00 hours, Reader House will hold a tribute to celebrate the 200 anniversary of the founding of Teatro Real and his last reopening ago 20 years.

The session will take place in the auditorium House Reader, located in the Paseo de la Chopera No. 14, Slaughterhouse, with free admission until full capacity.

Since last January the Teatro Real is immersed in the three years of programming and commemorations with which is celebrating, At national and international level, a double anniversary: the 200 years its foundation, in 1818, by King Fernando VII; and the 20 years of its reopening in 1997, after a complex and pioneering architectural rehabilitation, which he became the scene of a benchmark Real, both for its sophisticated theatrical technology, and its functionality.

The commemoration of both ephemeris, declared "Event of exceptional public interest" by the Budget Law 2015, It is a recognition of the historical role of the Royal Theatre and contributes to strengthening its national and international presence, bringing opera to the entire Spanish territory as a meeting point for cultural and artistic.