Concha Barrigós, new Director of Communication of the Teatro Real 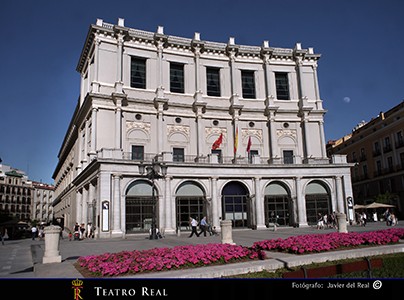 The journalist Concha Barrigós has been named Director of Communication and Informative Relations of the Royal Theater and becomes part of its Management Committee.

Doctor in Journalism from the Carlos III University, it was until his incorporation to the Royal Theater, Chief Editor of the Efe Agency, in which she has been the most responsible, in different stages, of the Culture and Shows sections, Society and Science and Future. For a decade he had, Besides, of information in the field of Performing Arts and Classical Music.

She has been Chief Editor of the News of Telecinco, founder and director of Cable Canal Salud and founding partner of the Communication magazine Joiner.

Strongly linked to higher education for years, She has been a professor at the Antonio de Nebrija and Carlos III universities. Invited by different universities and institutions, He was a speaker at seminars at the Complutense University, Alternativas Foundation, the Santillana Foundation, the MonteMadrid Foundation, the Ibero-American Congress of Culture of Zaragoza or the Hay Festival, Spanish representative at the World Journaliste Conference in Seoul and organizer of a congress on youth and drugs for the Spanish Presidency of the EU.

Member of the jury of awards such as Cervantes or national awards such as Ensayo, Architecture or Children's Literature, has the White Cross of the Order of Merit of the National Drug Plan, the Fecyt award for Diffusion of Science , the award of “No violence against women” from the Ministry of Labor and Social Affairs, among others.