Cristina Faus in the Ambigú of the Teatr de la Zarzuela 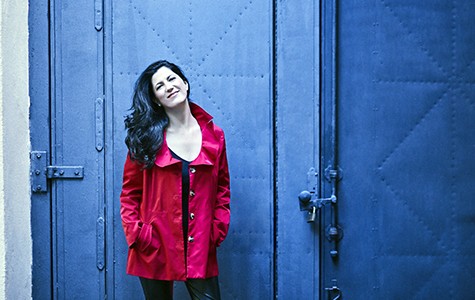 the mezzosoprano Cristina Faus illuminate the Ambigú of the Teatro de la Zarzuela next Monday, 11 of November (20h00), with works by composers who Maria Malibran It was much more than an artist; an inspiration; a muse of luminous skin. Expected in this recital, which it is part of the cycle Notes of the Ambigú, the singer will be accompanied by harpist José Antonio Domené.

those composers, starting with his father, the great musician, singer, producer or director Sevillian scene Manuel García, or the intimate friend of this Gioacchino Rossini (mutual admirers of each other's work), Nicolas-Charles Bochsa O Vincenzo Bellini, They fell so captivated by the strangeness of his voice, for his innate talent for music and the scene, for that Irresistible sweetness she is dancing a continuous 'pas de deux' with the indomitable courage of their actions -a mix, this, deeply explosively, so bewitched were those, what They could not resist knitting for her music.

Maria Malibran lived shortly, just 28 years. Wounds that caused the fall of a horse and irresponsible convalescence, ended up killing. He lived little, his career failed to fulfill a decade and still deeply he revolutionized the world of music. It was full star, with much light. And now Cristina Faus and Jose Antonio Domené open up the door to get into his amazing universe.

He Teatro de la Zarzuela It will be like that place different concerts, where what matters is the proximity between artists and audience; inspiring and unpredictable privacy which is only possible in a newly collected and space as Ambigú.

A concert Cristina Faus, second cycle, It also will follow the mezzo Paola Leguizamón 'Song Colombian', that of the baritone Maybe Borja 'The migration Galicia, Return songs', the soprano Andrea Jimenez 'Song Basque', that of the tenor and actor Ángel Ruiz dedicated to the Cuplé, the soprano Ruth González 'Three passions of women', the formation of Baroque The retreat led by cellist Josetxu Obregón 'The Spiritillo Brando', that of guitarist Ricardo Gallén 'Romantic Guitar', the trio Arbós with its new delivery 'Chamber Music' and soprano Berna Beads Joaquín Turina.