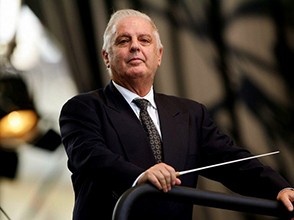 As one of the most important orchestra directors and pianists today, Daniel Barenboim It is famous for challenging his listeners to maintain a close relationship with music. Now pursues this goal for the first time in several formats developed specifically within the audiovisual field in the context of its own channel YouTube, which will be available online in August 2016 worldwide without any cost. The video portal, They are using more than one billion people worldwide, It constitutes, with its extensive connection options and direct exchange, the ideal way to do justice to the idea of ​​Daniel Barenboim that music is durably entrenched in all areas of society platform: the channel will be the gateway to the world of passion for classical music, especially for the public with little classical knowledge.

As it has done with its digital stamp Peral Music, Daniel Barenboim will also be used to fund your YouTube channel to get the natural integration of classical music in digital communication: for it will be developed and produced own video formats on YouTube, that will have continuity after the initial release. With graduates 5 Deconstructed minutes explore and explain the essential musical piano works and concepts that are important for him. The viewer, who also lacks previous musical knowledge, It will benefit not only the dedication to music Barenboim throughout his entire life, but it may also be inspired and discover new facets of works.

Within the format entitled explores Barenboim, Barenboim discuss, in a similar way to blog posts on their website, political events, cultural and social present and share their thoughts and ideas with viewers, who will be encouraged to dialogue, participation and feedback. They are also already planned a series of talks, in which Barenboim dialogue with characters from public life with a special weight in politics, the art, sport or architecture and exchange views with them on the parallels and paradoxes, on the commonalities and differences between music and the subject area itself of each. In a fifth format, La West-Eastern Divan Orchestra, Daniel Barenboim presented to the Arab-Israeli orchestra and the musicians who compose.

With ambition and high quality posed by the structure of its channel on YouTube, Daniel Barenboim wants not only to transmit their knowledge and love of music, but also help him to classical music is presented properly at the time of digitizing: lived individually and integrated, interactive and ambitious at the same time: for those who are curious and go throughout the world "with open ears".