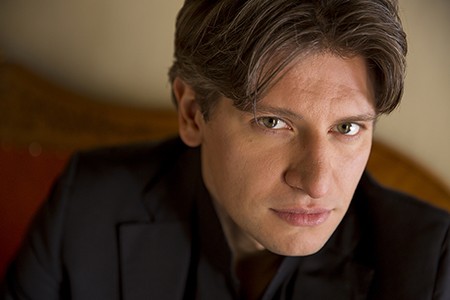 Daniele Rustioni will direct the representations of ‘Falstaff’, in Verdi, that he Palau de les Arts has programmed in the days 2, 7, 11 Y 14 of March.

Rustioni is one of the young conductors with the greatest projection in the operatic circuit. Awarded at the Opera Awards of 2013 as a revelation artist, has worked in the most respected theaters such as the Bavarian Opera, the Scala in Milan, Covent Garden in London, the Bastille of Paris, the Metropolitan in New York or the operas of Zurich and Stuttgart.

The rising Milanese director takes over in the moat from New Yorker James Gaffigan who, for agenda issues, has not been able to attend the new period of functions of this opera, which had to be postponed last January for health reasons.

Rustioni will begin work with the cast and stable bodies of Les Arts this coming week: Cor de la Generalitat and the Orquestra de la Comunitat Valenciana, those he leads for the first time in his career. In this sense, Les Arts informs that the main interpreters who were announced for this title remain.

Ambrogio Maestri will once again take on Sir John Falstaff's shoes, reference paper on your resume. The Italian baritone stands out as the great interpreter of his generation of the ‘bon vivant’ that Shakespeare portrayed and that he has embodied at La Scala, the Salzburg Festival, the Metropolitan and the Paris Opera, besides in Zurich, Munich and Tokyo.

Ainhoa ​​Arteta will finally make her operatic debut in Les Arts as Alice Ford. The Gipuzkoan soprano will perform before the Valencian public one of the roles that have brought her the most successes on the international scene, in theaters such as the San Francisco Opera or London's Covent Garden.

Violeta Urmana also returns for this new cycle of performances, one of the favorite divas in the audience of Les Arts for her work in ‘Parsifal’, Iphigenia in Tauris', ‘Medea’ o ‘Don Carlo’. The Lithuanian star presents a new foray into his repertoire of 'mezzo-soprano' with an unprecedented role in his long career, Mrs. Quickly.

The Italian baritone Davide Luciano, who recently debuted in Valencia with ‘Così fan tutte’, of life to Mr. Ford. Renowned for his forays into classical and bel canto opera, has been revealed as one of the new values ​​in his tessitura with works in New York, Milan, Berlin or Moscow. Davide Luciano sustituye to Mattia Olivieri, that for artistic reasons will not be able to be in Valencia for the new dates.

Martone's proposal moves the action to the present, in a great metropolis, with their graffiti, dubious clubs and anachronistic characters. Sir John Falstaff becomes a rebellious spirit, true to his leather jacket and sideburns, who grows old spending his time in a kind of community center together with turbulent characters.