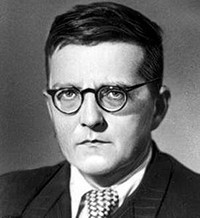 David Afkham, principal director, and the National Orchestra of Spain they will board next Sunday 12 of June, in the last Discover of this season, the demanding symphony No.. 5 de Dmitri Shostakovich (St. Petersburg, 1906 – Moscow, 1975), score autobiographical overtones crossed by the drama lived and passed by the composer on charges of making an anti-popular music in the former Soviet Union.

In 2014, the National Orchestra and Choir of Spain launched the Discover concerts, initiative designed for families, as a new formula to bring symphonic music to everyone. Until now, a 14% of the public that attends a Discover had never come to an OCNE concert and the average age of the attendees has dropped by 13 years. "We have managed to attract a different audience, familiar, with children, breaking down the barriers that exist when it is said that classical music is not consumed because it is not understood”, states Felix Alcaraz, artistic and technical director of the National Orchestra and Choir.

The Discover are concerts by 40 minutes, introduced by a narrator, Luis Angel de Benito, which reveals with the help of the orchestra some details of the work, while the children between 3 Y 8 years have fun in the Pintasonic, a stimulating workshop that promotes children's creativity through music and in which musicians take part, educators and visual artists. At the end, the public has the opportunity to dialogue with the musicians.

The ticket price includes the previous talk by Luis Ángel de Benito and a drink at the end of the concert. This concert is linked to the Pintasonic workshop, The meeting point for the activity is the foyer of the Symphony Hall at 11:45 h. Pintasonic is a free activity and a Discover ticket gives the option of a place in Pintasonic. Ticket prices from € 15 to € 27.