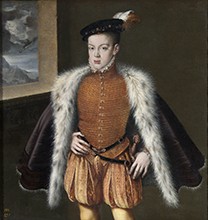 He Summer Festival of the San Lorenzo de El Escorial Auditorium Theater of the Community of Madrid has organized a round table and a series of guided visits to the Royal Monastery of San Lorenzo de El Escorial, around the presentation of the new stage version of the opera Don Carlo from Verdi what signature Albert Boadella. These two initiatives have been devised as solid complements to decipher the unique montage that will be staged the days 25, 27 Y 29 July at the Auditorium Theater in this Madrid town. The visits will be held before the first and last performance, and the round table will precede the day 27.

Both appointments are especially timely, if one takes into account that in his proposal Boadella flees from the classic accent on the Spanish black legend to stick to "certain aspects of historical truth". This co-production between the Teatros del Canal and the San Lorenzo de El Escorial Summer Festival is the first operatic title tackled by the playwright.

The staging of the opera Don Carlo by Giuseppe Verdi will also be the common thread of the program that, under the title El ‘Don Carlo’ by Verdi and the black legend ’, the days will be taught 22 Y 23 July in San Lorenzo de El Escorial within the framework of the Summer Courses of the Complutense University of Madrid. The course will be dedicated to the different aspects and controversies that surround the figure of the first-born of Felipe II and the role of Spain at the time

During the guided tours, the days 25 Y 29 July before the performance, the public will have the opportunity to visit the real scenes of Don Carlo with the help of a very special master of ceremonies: Don Juan of Austria (the only great historical character absent from the drama that Verdi adapted from the play of the same name by Schiller). An actor characterized by the infant will bring to life some of the scenes and characters from the opera.

The tour includes the Royal Pantheon (with 26 marble tombs where the remains of the kings and queens of Spain of the Austrian and Bourbon dynasties rest, except for Felipe V Y Fernando VI), the Pantheon of Infants (where are the remains of Don Carlo himself, and in which the tomb of Don Juan de Austria stands out –designed by Ponzano and built by Galeotti–) and the Royal Library of El Escorial founded by Felipe II. The visit will end with a glass of cava on the terrace of the Theater, while visitors enjoy one of the best views of the mountains and the city of Madrid.

It is about, well, in an exclusive way to fully enjoy Don Carlo in the natural place that corresponds to it, San Lorenzo de El Escorial, in whose Monastery they lived and today the remains of their protagonists rest; This is possible thanks to the Auditorium Theater of the municipality in collaboration with National Heritage.

The day 27 to 18,00 hours will be the turn for a round table to be held in Room B of the Theater, and in which a debate will be opened on `Don Carlos and El Escorial. The opera Don Carlo, real or unreal relationship with El Escorial´. Critics Gonzalo Alonso Y Andrés Ruiz Tarazona and the Art historian and museologist Fernando Checa, They will also talk about the various attempts to represent this work in this Real Sitio de Sierra Madrileña. The entrance will be free until full capacity.

The general objective of the course - directed by the academic of History Carmen Sanz Ayán and in which leading experts on the subject participate- is to contrast the romantic and fictional construction of the character of Don Carlo in the famous Verdi opera (1865) with real historical figure, Prince Don Carlos (1545-1568). The analysis of the sources from which Verdi and the librettists who collaborated with him (Camille du Locle Y Joseph Mery) constructed the plot of the representation can help to understand the making of the fictional character and his later narrative fortune. Verdi and his collaborators drank directly from the text of Friedrich Schiller (1759-1805), that largely assimilated the more traditional arguments of the “black legend” built in the 16th century in the midst of Hispanic political hegemony.

Regarding the production, the tenor José Bros will give life to Don Carlo, controversial first-born of King Philip II, to be embodied by the Canadian bass John Relyea. The Chilean musical director Maximiano Valdés, in front of the Orchestra and Choir of the Community of Madrid, will be in charge of leading the cast.

Along with José Bros and John Relyea the baritone will take the stage angel Ódena, who will sing in the role of Rodrigo, Marquis of Posa, friend and confidant of Don Carlo; the Argentine soprano Virginia Tola, like Isabel de Valois, third wife of Philip II; the mezzo soprano Ketevan Kemoklidze as Princess of Éboli; the bass Simon Orfila, who will act as the friar and Luiz Ottavio Faria as inquisitor.

More info and ticket sales at: