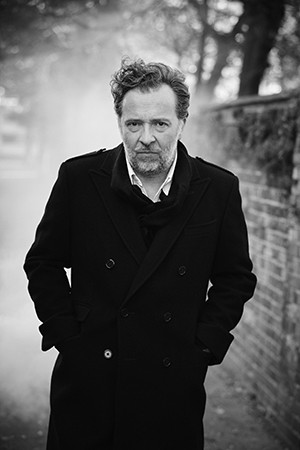 The cycle, which marks a quarter century this year, She has joined two indispensable names in the genre for the occasion: Gerhaher y Schubert.

This is a musical series co-production between the National Broadcasting Music Center and the Teatro de la Zarzuela and will run September 2018 to June 2019.

Christian Gerhaher interpret the song cycle swansong by Franz Schubert along with other works of the Austrian genius, accompanied by piano Gerold Huber.

Madrid, 6 September 2018.- The next Tuesday 11 of September he National Dissemination Center Musical (CNDM) XXV opens Lied at the Teatro de La Zarzuela, who coproduced.Chosen to open this edition are German baritone Christian Gerhaher with pianist Gerold Huber, one of the most successful tandem of world Lied, which will play a monograph on Franz Schubert, key composer of the genre. tickets for all concerts, with a general price 8 a 35 euros, and are on sale at the box office of Teatro de La Zarzuela, INAEM theaters, www.entradasinaem.es Y 902 22 49 49

Meanwhile, soprano Ainhoa ​​Arteta premiere magical path, song cycle commissioned by the CNDM to the composer Lorenzo Palomo, on the occasion of this special anniversary.

Christian Gerhaher (Straubing, Germany, 1969) studied with Paul Kuen and Raimund Grumbach at the Opera Academy of the Musikhochsule in Munich and, along with his regular accompanist Gerold Huber, Song con Friedemann Berger. While completing his medical studies he perfected his vocal technique in master classes with Fischer-Dieskau, Inge Elisabeth Schwarzkopf y Borkh. He is currently an honorary professor at the Musikhochsule in Munich.. He has received the Maximilian Order of Sciences and Arts, and title Bayerischer Kammersänger. In 2016 He was awarded the Heidelberger Spring Prize. Together with Gerold Huber he frequently performs on international stages, and New York, the Concertgebouw in Amsterdam, the Philharmonie in Cologne and Berlin, the Konzerthaus and Musikverein in Vienna and the Wigmore Hall in London.

He is also a regular guest at festivals such as the Rheingau Music, Proms, Festivals Edinburgh and Lucerne and Salzburg Festival. This season he focuses particularly on lied recitals, with five different programs with Gerold Huber in Salzburg, Milan, Munich, Berlin, Leipzig, Vienna, Baden-Baden, Geneva, Paris, London, Madrid and Schwarzenberg, as well as a tour of the United States. The season will end with performances by Magelone the Brahms and Heidelberg, London and Munich, of which an album will be recorded in spring. In addition to its activity in concert and recital, has received several operatic awards such as the Laurence Olivier and the Der Faust. A milestone in his career was his debut in the title role of Wozzeck the mountains 2015 at the Zurich Opera House, with scenery by Andreas Homoki and direction by Fabio Luisi. In 2016/17 sang in two productions at the Bavarian Opera, as Posa in Don Carlo y como Wolfram von Eschenbach en Tannhäuser con Kirill Petrenko. In 2017/18 performed at the Munich Festival as Amfortas in Parsifal and in Zurich as Nikolaus Lenau at the premiere of Lunea, Heinz Holliger. He has acted alongside directors like Harnoncourt, Rattle, Blomstedt, Nagano, Jansons, Harding, Haitink and Thielemann in the main halls of the world. In season 2016/17 performed on tour with the Mahler Youth Orchestra, and for the first time with Philippe Jordan, sang with Daniel Harding a program with Berg's Altenberg Lieder, arias and Schubert The summer nights Berlioz, he performed as a guest with the Berlin Philharmonic and Bernard Haitink, with the Academy of Santa Cecilia de Roma and Antonio Pappano, as well as with the WDR Symphony Orchestra and Kent Nagano. As a Sony Music exclusive artist, he has recorded with Gerold Huber several Schumann cycles and all Schubert cycles., among others. He has also recorded with orchestras such as the Berliner Philharmoniker, the Cleveland, the Bavarian Radio Symphony and the Concentus Musicus Wien.