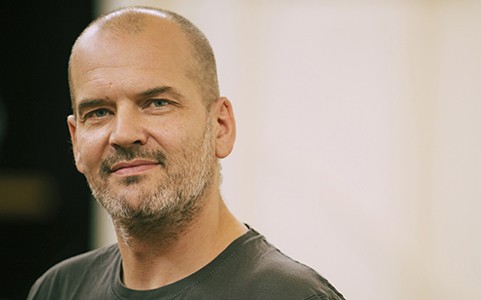 He Monday 28 of September, he National Dissemination Center Musical (CNDM) opens its XXVII Lied Cycle at the Teatro de la Zarzuela with the performance of the Austrian baritone Florian Boesch in a concert that is, Besides, the first in Madrid of the new season of the CNDM. The singer, as Resident Artist of the Lied Cycle in this new season, will offer three recitals throughout it, highlighting the levels of maturity and expressiveness that his voice has reached. In this first concert, accompanied by Justus Zeyen on piano, Boesch will perform a wide selection of lieders by Franz Schubert and Hugo Wolf alongside the Six monologues from "Jedermann" de Frank Martin. In successive recitals, Florian Boesch will immerse us in the eternal Winterreise of Schubert and in the important group of lieders that make up the Travel book from the Austrian Alps by Ernst Krenek.

With ten concerts scheduled between September 2020 and June 2021, Throughout the XXVII Lied Cycle we will be visited by some of the most important lyrical voices of today, as Anna Lucia Richter, Sabine Devieilhe, Matthew Polenzani, Christian Gerhaher, Bejun Mehta, Christoph Prégardien and the Spanish Núria Rial. Different characters, styles, timbres and colors that will address vocal programs of excellence, always loaded with interest, either with lieder or songs of other signs. Tickets for all concerts, with a general price 4 a 35 euros, are already on sale in www.entradasinaem.es Y 902 22 49 49, as well as at the ticket offices of the Teatro de la Zarzuela and theaters of the INAEM.
Florian Boesch: expressiveness and maturity
Florian Boesch (Saarbrücken, 1971), He is one of the most prominent lied performers of our time. He has sung in venues such as London's Wigmore Hall, Musikverein y Konzerthaus de Viena, The Concertgebouw de Ámsterdam, Laeiszhalle de Hamburgo, Philharmonie Cologne, as well as at the Edinburgh and Schwetzingen Festivals, May Festival Wiesbaden, Salzburg Festival, as well as at Carnegie Hall in New York. He was an artist in residence at London's Wigmore Hall in the season 2014-2015 and at the Vienna Konzerthaus in the 2016-2017. He regularly works with the most prestigious orchestras and conductors on the current scene: Vienna and Berlin Philharmonic, Royal Concertgebouw Orchestra de Ámsterdam, Gewandhausorchester de Leipzig, Staatskapielle de Dresden, London Symphony Orchestra, among other, and directors of the stature of Ivor Bolton, Riccardo Chailly, Gustavo Dudamel, Adam Fischer, Iván Fischer, Valery Gergiev, Stefan Gottfried, Daniel Harding, Philippe Herreweghe, Pablo Heras-Casado, Mariss Jansons, Sir Roger Norrington, Sir Simon Rattle, Robin Ticciati and Franz Welser-Möst. In season 2019/2020 offered a variety of concerts that included War Requiem (Britten) with the Orchester de Paris and Daniel Harding, Monologues by Jedermann (Martin) with the Konzerthausorchester Berlin and Juraj Valčuha, Requiem (Mozart) with the National Orchestra of Spain and David Afkham. During the season 2019/2020, Florian Boesch has sung at the Frankfurt Opera, el Festival Liszt en Raiding, the Vienna Musikverein, el Concertgebouw and Ámsterdam, the May Festival in Wiesbaden and the Konzerthaus Berlin with Vikingur Ólafsson. His recordings have been acclaimed by the international press and he has received numerous awards, including the Edison Klassiek Award. the beautiful Miller was nominated for a Grammy 2015 in the category Best Classical Vocal Soloist. Early september 2017, Hyperion released a new recording of Winterreise by Schubert with Roger Vignoles at the piano. In the fall of 2018 made a recording of works by Schubert with Concentus Musicus Vienna under the baton of Stefan Gottfried. Boesch's recordings featuring works by Schumann and Mahler were honored at the BBC Music Magazine Awards.