'The miserly knight', Rachmaninoff, of the Juan March Foundation and the Teatro de la Zarzuela 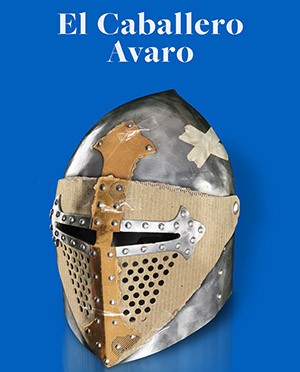 The Juan March Foundation and the Teatro de la Zarzuela have presented today 'The miserly knight', opera in one act Sergei Rachmaninoff based on the novel by Alexandr Pushkin. They offer four performances at the Madrid headquarters of the Foundation, the days 25 Y 28 September and 1 Y 2 October, for which tickets may be requested free.

This co-production consolidates the Chamber Musical Theater cycle, following in the footsteps of other Russian titles and rarely represented, as 'Mavra', from Igor Stravinsky (2016), y ‘Mozart y Salieri’, from Rimsky-Korsakov (2017). 'The miserly knight' thus constitutes an opportunity to approach an unknown and dark gem in the work of Sergei Rachmaninoff. This is his second opera., genre in which the Russian composer lavished himself only four times in his career. From dark and distressing atmosphere, the plot reflects the consequences of greed in a pathological parent-child relationship set in medieval Europe.

With a libretto based on one of the "Little Tragedies" of Alexandr Pushkin (1799-1837), 'The miserly knight' probes the depths of the psychology of the two protagonists: a stingy rich father and a greedy spendthrift son, who goes into debt to finance his love of gambling. In Pushkin's text, moralistic in tone, the capital sin of greed and a spiral of conspiracies end up destroying both.

This co-production between the Teatro de la Zarzuela and the Juan March Foundation It has the musical direction of Borja Mariño and stage direction Alfonso Romero. Although Rachmaninoff wanted to rigorously musicalize Pushkin's text, set in the Middle Ages, representation in the auditorium of the Juan March Foundation seeks to create bridges between two visions: that of greed as a deadly sin and its modern face, that of a pathology of the mind.

The psychological and dark overtones that this new installment of Chamber Musical Theater highlights were present both in the preparation of the text and in its musicalization, years later. Alexandr Pushkin devised his 'Little Tragedies' in a convulsive context: locked up by a cholera epidemic that forced her wedding to be delayed, in 1830. After portraying the conflicts between the sick greed of the father and the pleas of his son, was forced to invent that the text was an adaptation and not an original work. He did it for fear of fueling uncomfortable comparisons with his own father., who had squandered the family inheritance.

Sergei Rachmaninnoff also knew the burden of living in poverty with an aristocratic name. His father had wasted his money Y, before achieving fame, he had to support himself by teaching piano lessons. He wrote this opera in 1906 under the spell of 'The Ring of the Nibelung', that he had seen in Bayreuth on his honeymoon, and uses the novel Wagnerian orchestration method to evoke characters, environments and inanimate beings –such as the darkness of the basement or the glow of gold coins, perhaps a tribute to the ring that spins the Wagnerian tetralogy–. His personal musical language allows him to recreate a dark and distressing atmosphere, drawn from emotional waves, that distances this work from the channels of traditional opera.

Although the opera is set in medieval Europe, its stage director, Alfonso Romero, has created a proposal builds bridges between past and present, between the concept of greed as capital sin and creptomania, that pathological obsession with money that causes the person to neglect any other aspect of his life. “The idea of ​​greed as a sin transcends towards a more modern concept of psychological disorder –explains Romero–. [The father] has built another armor, crude and primitive, but pure gold. This external symbol of power is used in your almost erotic ritual for your intimate and secret enjoyment.. But his mental disorder makes him want a deeper union with heavy metal.. You literally need the gold to penetrate inside your body, that it be part of his physique in a kind of sickly dysmorphia”.

Last, the tradition and the moralistic and sobering vision of greed as capital sin they are represented on stage in a medieval triptych that refers to the medieval universe devised by Pushkin. the set designer Carmen Castanon places the triptych in the center of a black box that will occupy the stage of the auditorium, halfway between the solemnity of the museum and the sobriety of the velvety exhibitor of a jewelry store. This matte black space will have different heights where the singers will shine – like shiny jewels – and it will be framed by 12 frameless screens, in which the projectionist's charcoal drawings will be projected Philipp Contag-Lada.

The cast is made up of the Ukrainian baritone Ihor Voievodin in the role of the Baron, the tenor Juan Antonio Sanabria as Albert, the aristocrat's son, baritone Isaac Galan as the duke, the tenor Gerardo López as The Pawnbroker and the Bass Javier Castaneda as Ivan The Servant.

The passing of a century now allows us to see with a new gaze this work rarely represented and worthy of recognition. as stated Marina Frolova-Walker in the program notes, It is a work thattakes us to the essence of Rachmaninoff as a composer, Y, as well, as a human being. The elemental intensity of his emotional surges and their utter darkness hide not only his minute calculations, but also his compassion. Although their characters do not arouse empathy, that compassion ends up impregnating our hearts”.