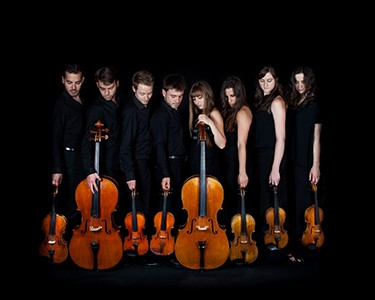 Monday 19 October at 19.30 hours, he National Dissemination Center Musical (CNDM) opens the season of its Series cycle 20/21, music focused on today, in the auditory 400 of the Museo Nacional Centro de Arte Reina Sofía (Nnchhahris) from Madrid. The inauguration focuses on a monographic program dedicated to the composer Cristobal Halffter, key figure in contemporary Spanish music of the 20th and 21st centuries, from the hand of the chamber group Bambú Ensemble, together with the polyphonic ensemble Musica Ficta. Both groups will perform three works signed by the Madrid composer: he String Quartet No. 7 ‘Space of silence’ (2007), Lays for a queen of Spain (1994) Y Kyrie (2018). In this way the new season of Series opens 20/21, in which the National Center for Musical Diffusion pays tribute, plus Cristóbal Halffter, to another pillar of contemporary Spanish music since its dawn, also in his 90 anniversary: Luis de Pablo. The Basque musician will be the protagonist of the next concert of the cycle, he 26 October, in which Taller Sonoro will offer a monograph by this author covering forty years of his long career. These concerts, like the rest of the cycle programmed in the Auditorium 400, They will be free access until the capacity of the room is complete, reduced due to restrictions imposed by the current health situation.

In the words of the musicologist Antonio Gómez Schneekloth: Despite his cosmopolitan spirit and his German ancestry, Cristóbal Halffter has always felt committed to Spain and its history. Born in the capital, was part of the generation of 51, whose mission was to define the term of modernity in the field of music. His first twelve-tone work, Five microforms (Five microforms), produced in 1960 a scandal in Madrid, but the path of opening towards new artistic and musical trends had already started and was unstoppable, despite the many pitfalls that still remain to be overcome. Halffter never allowed himself to be subdued or intimidated by the reactionary forces that threatened to halt the advance.. His unwavering will and his determined commitment to avant-garde musical trends (when it was time to be avant-garde), today place him among the most prominent personalities within the panorama of Spanish music of the 20th and 21st centuries. He String Quartet No. 7 ‘Space of silence’ was premiered at the Santander Festival on 30 August 2008. The subtitle alludes to the moments when music gives prominence to the word through the Coplas to the death of his father, by Jorge Manrique. The verses, that should be read and not recited, here they act as islands that allow us to reflect on what was heard in an exercise of introspection. This is manifested in the four odd movements. The pairs, but nevertheless, require great concentration and technical skill from musicians, as can be seen in the delirious and tormented passages of the second movement, in the outbursts of the sixth, unleashing a storm of furious attacks and waterfalls of pinched, and even in the constant coming and going between romantic sounds, manners and contemporaries of the room. Composed in 1994 Commissioned by the State Society for the celebration of the V centenary of the Treaty of Tordesillas, the Lays for a queen of Spain describe in sounds the figure of Juana I de Castilla la Loca, specifically, his confinement in the monastery of Santa Clara and his consequent mental deterioration. This painful process is evoked by the random passages found in each of the three Lays, subtitled The dream of reason, The darkness of consciousness Y The emptiness of the mind. To close this heartfelt tribute, it remains to mention the Kyrie, for string quartet and choir, with which Halffter joins the long tradition of composers who have kept him alive since the days of Monteverdi. Along with other more recent works, he Kyrie becomes one more example of the imperative need to write Halffter's music, which today has no shortage of projects to carry out. "