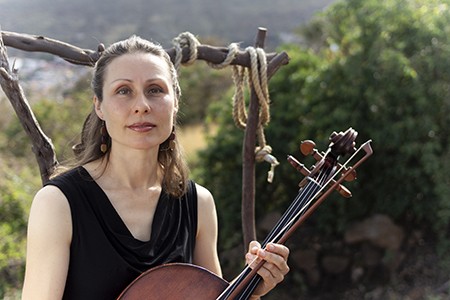 He National Dissemination Center Musical (CNDM) co-produce the XVIII Spanish Music Festival of Cádiz, that is celebrated between the days 12 Y 29 of November and what does it offer 45 activities, between concerts, courses and exhibitions distributed between Cádiz capital and other municipalities of the province. Within this festival, promoted by the Ministry of Culture and Historical Heritage of the Junta de Andalucía and organized by the Andalusian Agency of Cultural Institutions, he National Dissemination Center Musical co-produces four concerts, in which the diversity of genres present in the annual program of the institution.

The first of them is celebrated today Thursday 19 November at 16:00h in the Auditorium of the Exhibition Congress Center of Cádiz. In this concert, the formation Academy of Pleasure -one of the reference groups of the new generation of old Spanish music, directed by the sevillian Fahmi Alqhai– will present the program "Lamentum. Funeral songs, sounds of war and elegies for devastation ", an approach to the dark vision of the terrible middle years of the seventeenth century (Thirty Years War) through the works of musicians who lived through that time such as Matthias Weckmann or Dietrich Buxtehude. A concert that, in the times that we live in a pandemic and within a war against an unknown virus, takes on a vital contemporaneity.

The second appointment takes place on Sunday 22 November at 16:00h at the Teatro del Títere La Tía Norica in Cádiz with Sound Workshop, contemporary music group specialized in sound experimentation and new creations that, since its launch in the year 2000, has remained committed to bringing the latest music to concert halls while supporting younger composers. Sound Workshop will address five scores by Spanish authors and one by Mexican author Javier Torres Maldonado in a representative overview of current music, since all the pieces date from the new millennium. The set will interpret cloudy, by Luis de Pablo, within the celebrations around the 90th anniversary of this composer who is promoting the CNDM throughout this season.

He Saturday 28 November at 12:00h, at the Gran Teatro Falla, the public will be able to enjoy a performance of the brass quintet Spanish Brass, brand new winner of National Music Award 2020 granted by the Ministry of Culture. With thirty years of experience in the world of chamber music, This group has proven to be one of the most dynamic and long-lived on the Spanish music scene.. On your show, significantly titled "De Cai", the group will include works by authors closely linked to the city, as Manuel de Falla and Gerónimo Giménez, along with absolute premieres like the piece Of the nature of things, commission from the CNDM to Jerez-born composer Nuria Núñez. Spanish Brass will address the recent Quintet for brass instruments by Cristóbal Halffter, author also honored in this season of the CNDM on the occasion of his 90 Anniversary.

The same day 28 to 16:00h at the Teatro del Títere La Tía Norica there will be a recital by the American cellist living in Spain Kathleen Balfe, with a mixed proposal that includes music and poetry in an intimate and reflective setting. The interpreter, member of the City of Granada Orchestra and co-founder of the Ensemble NeoArs Sonora, takes on the challenge - sometimes solo and sometimes with prerecorded electro-acoustic accompaniment- to interpret the works created by the ten composers chosen this year as active participants in the Festival's Composers Workshop. These ten absolute premieres, commissions from the CNDM and the Spanish Music Festival of Cádiz, They include pieces by Spanish authors of different generations and origins, as Diana Pérez Custodio, Consuelo Díez, José María Arenas, Dolores Serrano Cueto, Anna Bofill Levi, Beatriz Arzamendi, Mª Carmen Asenjo, Ana Teruel, Reyes Oteo and Pilar Miralles.