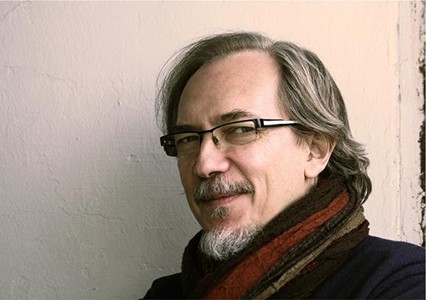 He Sunday 18 of November to 19 hours, Universe cycle Baroque Music National Broadcasting Center (CNDM) It presented in the Symphony Hall of the National Music Auditorium in Madrid premiere in modern times opera Venus and Adonis José de Nebra, concert is also part of # Nebra2.5.0, music series, scheduled throughout Spain, which is commemorating the 250 anniversary of the death of this Spanish campositor. Makers will liven up the whole Musicians Your Highness, led by its founder, Luis Antonio González, with a cast that brings together many of the best female voices of the current Spanish Baroque: the German sopranos Olalla, Maria Hinojosa, Eugenia Boix and Aurora Peña, mezzo-soprano Marta Infante and the only male voice, the tenor José Pizarro. tickets, with an overall price of 15 € to 40 €, and discounts up 60% for those under 26 and unemployed (entries “Last minute”, with purchase from one hour before the concert hall box office) and are on sale at the box office of the National Auditorium and INAEM theaters, plus online sales www.entradasinaem.es and by phone at 902 22 49 49.

According to Luis Antonio González: “Aragonese musician José de Nebra (1702-1768) living enjoyed a high esteem in various fields of musical practice, -a post that served as organist at the Discalced and then at the Royal chapel, harpsichordist and teacher of illustrious disciples as the Queen herself Maria Barbara of Portugal, composer of liturgical music and religious paraliturgical… But there is a field of activity, that very young always held in Madrid, which it calls attention to a musician in principle linked to ecclesiastical circles: his successful work for public theaters and permanent relationship with the world of the scene. In fact, Nebra resided in Madrid's Plaza del Angel, strategic center of entertainment and a short walk from Nebra which saw the corrals as coliseums reshape the italiana- de la Cruz -enfrente of his house and Prince, next to the parish of San Sebastián, where he would be buried and where lay the Brotherhood of the Ninth, which brought together mostly people theater, music and other artistic professions. Venus and Adonis, -u one-act opera "Chiquita opera", as one of the characters in the script calls itself, when already by acabar-, It was the middle or second day of a long theatrical show consisting of three completely independent acts: "The three comedies". The myth of Venus and Adonis, very frequent in the iconography since the sixteenth century, It had already been used as operatic argument in an illustrious precedent, Purple Rose, one-act opera with text by Calderon and Juan Hidalgo music represented in 1660 within marriage celebrations among Maria Theresa of Austria, daughter of Philip IV and Isabella of Bourbon, and Louis XIV of France, and response in Lima 1701 with musical adaptation of Tomás Torrejón de Velasco. Canizares calderoniana of work borrows the plot and the main characters, and even the name of gracious, Celfa. There are six starring roles in his day, as usual the Spanish theater, They were all sung by women, except perhaps the funny part, Clarin called as the servant of the protagonist in another calderoniana opera composed for said party 1660, Jealousy air even kill, with which it shares, somehow, the theme, because jealousy is the trigger for the tragedy in both cases.”

Emotion, freshness and historical accuracy make its currency. Fair mixture Research, intuition and imagination serves Musicians of His Highness to convert, from the utmost respect for the work of the great masters of past centuries, the old dead live music writing. Hundreds of performances -concerts, recordings, publications, courses- in Europe and America endorse Musicians of His Highness as a reference group in the recovery and interpretation of Baroque music. In their 25 years of life have rescued files from major European and American works of Hispanic rich musical heritage of the seventeenth and eighteenth centuries, based on the research of its founder and director, Luis Antonio González. previously unknown or little frequented composers, Joseph Ruiz Samaniego or as José de Nebra, today they are welcomed with great success in the world thanks to the work of the Musicians of His Highness.

With the aim of recovering the best Spanish music of the seventeenth and eighteenth centuries in the best conditions of artistic quality and historical verisimilitude, contextualized with international music of those centuries (from Monteverdi to the Viennese classics, paying particular attention to Bach) and endorsed by musicological research criteria, Musicians of His Highness have acted with considerable success in numerous stages and the most important festivals in Spain, France, Holland, Belgium, Switzerland, Italy, Britain, Mexico, Romania, Tunisia. Between 2000 Y 2011 coordinated the Ancient Music Festival in the Royal Chapel of Santa Isabel, Zaragoza. They have made recordings for various European and American labels (Arsis -for which they recorded their first CD in 1996-, Prames, Hortus, Dorian Records y Alpha -Outhere Music) and radios from different countries. Among his CDs include their productions in the Alpha label (Joseph Ruiz Samaniego: The life is dream, José de Nebra: Love increases the value and Rossi, Mazzocchi, Dear: The Agony and the Ecstasy). It should also be noted its vast "Nebra Project", developed since the beginning of the XXI century, with openings in modern times, concerts, editions and recordings of some of the most important works of the famous composer Aragonese: the opera Love increases the value, sacramentals cars The dumb devil Y Divine FILOTE, he Office and Mass for the Dead, he Duet Miserere (Music recorded for Antigua Aranjuez), Christmas carols, sung, etc.