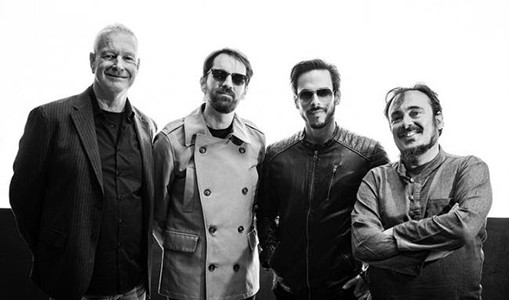 Consisting of eight concerts, October to May in the Chamber Hall of the National Auditorium, Portuguese singer Mariza will star in a special concert cycle in the Symphony Hall of the space next 25 of November.

This Thursday 18 October at 19.30 hours, National Dissemination Center Musical (CNDM) opens the season 18/19 Borders of its cycle in the Chamber Hall of the National Music Auditorium in Madrid. This year will present eight concerts in this room since 18 October to 31 May 2019, plus a special concert in the Symphony Hall of Portuguese singer Mariza the 25 of November. After the opening by the Quartet Fellini, created training to this the thread of an exhibition on the Italian genius that was scheduled at the Circulo de Bellas Artes in Madrid last year, Cuban rhythms will arrive at the roots of jazz and African American blues with Juan Perro and the union of Cuba and classical music with pianist Pepe Rivero, with the trumpeter Manuel Blanco and Yoruba Ensemble; the presentation in the Spanish capital of the Venezuelan singer Nella, accompanied by her mentor, Javier Limón and four concerts featuring cross-music ranging from classical to jazz and flamenco, under the alignment of duets with soul and unquestionable quality: saxophonist and flutist Jorge Pardo meet this virtuoso of the harp is the Venezuelan Edmar Castañeda; clarinettist, sponsored by Karajan, Sabine Meyer, retándose with this unusual quartet of saxophones and piano which is the Alliage Quintet, countertenor Carlos Mena dialoguing with accordionist Iñaki Alberdi and inspiration and chemistry between two of the most creative artists of our scene, the pianist Marco Mezquida and flamenco guitarist Chicuelo, who will present their second album together, a repertoire of an unclassifiable beauty, authentic and original. Ticket sales have started every concert, with a general price 10 a 20 euros, and are on sale at the box office of the National Auditorium, INAEM theaters, www.entradasinaem.es Y 902 22 49 49.

The exhibition project In line with Federico Fellini. Dream and Design, around different artistic facets of Federico Fellini which opened at the Circulo de Bellas Artes in Madrid 10 October 2017, within the cycle Jazz Circle, He contacted four virtuoso musicians of jazz, each leaders in their respective bands, and he asked them addressed an original repertoire around the soundtracks Italian musician Nino Rota composed for different films of filmmaker Rimini. A) Yes, these four musicians, bassist Pablo Martín Caminero, Antonio Serrano on harmonica, clarinetist and saxophonist and pianist Andreas Prittwitz Federico Lechner, They also accepted the suggestion Jazz Circle come under the nickname Fellini Quartet and entered in the work of Nino Rota constructing an original repertoire from the soundtracks of movies: Half past eight, I Vitelloni, Amarcord, The sweet life, Nights of Cabiria, And the ship goes, Orchestra Rehearsal, street Y Boccaccio 70, plus an original composition entitled Federico Lechner Blues para Fellini. What it seemed a point and perhaps ephemeral training has become a stable project, with the inclusion of the bandoneon Claudio Constantini, replacing the harmonica Antonio Serrano has already acted in the Central Café de Madrid and in various festivals throughout Spain, to get now the National Auditorium.