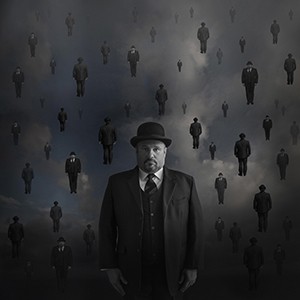 My country, Czech masterpiece B. Cream, it will resume next 12 of May, anniversary of the composer's death, to kick off the 73rd Prague Spring Festival. Director Tomas Netopil and the Czech Philharmonic Orchestra They interpret this composition to the audience of one of the events classical music world's most respected. With this concert, which has already hung the sign sold out, also begin activities dedicated centenary of the founding of Czechoslovakia. The Festival will commemorate the anniversary with an extensive program that celebrates the culture and musical heritage of both countries.

The program this year includes 50 concerts making up a wide and varied range. For this edition Prague Spring will parade from major orchestras around the world to chamber music, through the totally innovative contemporary music and projects that address other compositions times from a point of view.

To celebrate the hundred years after the founding of Czechoslovakia, The festival will feature performances by composers and performers Czechs and Slovaks whose work has been acclaimed on international stages. tribute will be paid to Bohuslav Martinů, Josef Suk, Klement Slavický, Pavel Borkovec, Kabeláč y Eugen Suchoň; as well as a new generation of composers among those found Michal Nejtek, Ondrej Adamek, Luke Sommer of Marko Ivanović. The closing concert of the Prague Spring, will lay off its 73rd edition the 2 of June, It will be borne by the Slovak Philharmonic Orchestra and its new musical director, James Judd. In this case, will present an interesting dialogue between two classics of Czech and Slovak music of the twentieth century: Eugen Suchoň y Leos

Czech festival has always shown great interest in the Spanish music and for three years he devotes a special niche in its programming Spanish accent, cycle that has since its inception supported Spanish Cultural Action (AC / E) through its Program for the Internationalization of Spanish Culture (PIZZA) in the form of Mobility. By Acento they have passed Spanish artists like Javier Perianes, Rocío Márquez or Antiqva Form.

This time, Acento Spanish program includes Jordi Savall, one of the leading figures in the world in the interpretation of early music, Amos Lora y Quartet. Savall presented at Prague Spring the great project Jerusalem, with returning to the Czech capital after nine years. Jerusalem, a city with five thousand years of history, is the place where the three great monotheistic match religions of the Mediterranean, which functions as a kind of metaphor for today's world. For this event, Jordi Savall and members of the ensembles Hesperion XXI Y La Capella Reial de Catalonia They will be accompanied by Jewish musicians, Christians and Muslims from countries around the Mediterranean. The young guitarist Amos Lora, meanwhile, will offer a concert with great jazz musicians like pianist Luis Guerra, Reinier bassist Elizarde, Negron, and percussionist Manu Masaedo. One day before his performance will screen the documentary Children of flamenco, Lora on the race itself and the flamenco singer Abraham Motos.

As usual, orchestras and international soloists premier will attend a year this event. The Royal Concertgebouw Orchestra, under the baton of its director, Daniele Gatti, will perform the 15 May with works by Mahler whose work-from pooling Amsterdam is among the best performers- y Stravinsky, and they will be celebrating the 130th anniversary of its founding. Mahler will ring in concert Budapest Festival Orchestra with Iván Fischer. also returns to the stage of the Festival one of the most promising pianists of his generation, Daniil Trifonov. Another guest at this edition is the leading Norwegian pianist Leif Ove Andsnes reaching Prague Spring by the Zurich Tonhalle Orchestra and director Lionel Bringuier. Monteverdi Choir Y English Baroque Soloist They are also included in the program of this edition, along with its founder and artistic director, Sir John Eliot Gardiner.

The violinist Boris Brovtsyn It will take the stage of the Festival Warsaw Philharmonic Orchestra and director Kaspszyk, one of the most prominent figures of contemporary Polish music scene. It will be to offer premiere world Ultramarine, de Michal Nejtek, commissioned work to this by Prague Spring. The world premieres of works composed at the request of the Festival represent one of the most important parts of the program. In addition to Ultramarine, the whole Klangforum Wien will perform for the first time work Lubos Mrkvička, among other premieres in the Czech and Slovak names occupy center stage in this edition.

By last, coinciding with the Festival International Music Competition Prague Spring will be held in the disciplines of cello and French horn. The final contest will take place on 13 May and 14 of May, respectively.