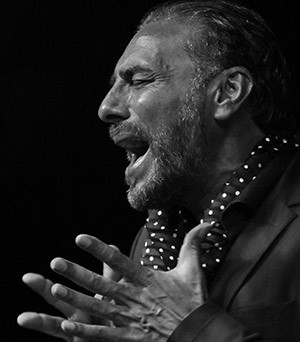 Pedro Heredia Reyes, 'The Granaino', one of the most awarded flamenco singers today, discover its deepest essence in Les Arts with the show 'Granaíno Jondo' next 10 in December Martín y Soler Theatre (20.00 h).
'El Granaíno' will be backed by his lead guitarist, Antonio Luque Espejo from Cordoba, 'Son Sponsorship', with whom he forms a reference tandem among lovers of the genre for his ability to blend, that gives cante and playing an exceptional dimension in each of their performances.

Released in 2020, 'Granaíno Jondo' is a classical recital, with the aroma of Camarón de la Isla or Tomás Pavón, in which the Nasrid performer shows the path that made him become and feel like a cantaor, the experiences you have experienced and, especially, its evolution over time. The jondura and the quejío of his throat merge in a unique performance, in which Pedro 'El Granaíno' is
able to reach the depths of the viewer's senses, the one who dazzles, sing to sing, with his exceptional color palette and his innate sense of compass. Pedro's recital 'El Granaíno' opens the cycle of performances of 'Les Arts és Flamenco' at the Martín i Soler Theater, with towns with a single price of 30 euros for each seat.

Marina Heredia, he 24 February; José Cortés ‘Pansequito’, he 30 of March, and Alba Molina, he 19 of May, complete the concerts of this line of the program that Les Arts dedicates to the Spanish artistic expression par excellence.