The Lebrijano in Andalucía Flamenca 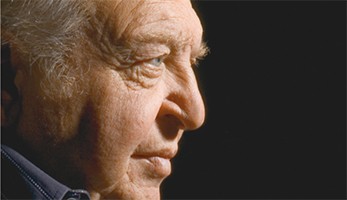 Juan Peña, The Lebrijano, belongs to a gypsy family and a singer of rancio ancestry, of Perrate from Utrera, and from her he learned the secrets of flamenco. He started very young as a guitarist, but he decided to dedicate himself to singing when he won the Mairena del Alcor contest. Knowing in depth the orthodox cante, its presence is inexcusable in the new directions that flamenco took from the seventies, either with the recreation of styles lost in time, already with significant approaches to other languages.

Juan Peña Fernández is a particular gypsy, from his appearance - he is blond with blue eyes-, to his idea of ​​flamenco as a musical work that globalizes and sister two cultures that coexisted in ancient Al-Andalus. He was born in Lebrija in 1941. Esteemed as the greatest modern heir to the gypsy-Andalusian tradition, She is a member of a gypsy family and a singer of ancestry, that of Perrate de Utrera, to which his mother belongs, Mary the Bitch.
Bernardo Peña, his father, cattle dealer and that he did not exercise any facet of flamenco, he was very fond of and respected among them. Juan Peña ‘El Lebrijano’ started very young as a guitarist, but when his possibilities as a singer became evident as a result of his triumph in the Mairena del Alcor contest (1964), decided to dedicate himself exclusively to cante. One of the first important jobs as such was with Antonio
Gades, in whose company he spent several years singing to dance.
Lebrijano has always attracted the attention of fans and scholars, who sensed in him an unusual cantaor, and time would not let them down. He was immediately considered one of the best singers of this time, because to his round voice and beautiful timbre, He united a hobby and knowledge that allowed him to study and masterfully interpret the most different styles. He also lived cante intensely in his own family, what was fundamental.
The Perrate family, to which Juan Peña belongs by maternal route, it is a flamenco institution. In it he learned the secrets of cante since he was a child, to see flamenco as a way of life, like a conception of the world. Endowed with an impressive voice and mathematical sense of time, besides a great hobby, El Lebrijano broke into the world of cante, more than three decades ago, with overwhelming force. In
In a short time he garnered many awards and his album Persecution served as a hook for many new fans.
He soon had the opportunity to record, and his first albums were in addition to a high quality. More than thirty recordings, accompanied by Niño Ricardo, Manolo Sanlúcar or Juan Habichuela, make him the forerunner of the most substantial avant-garde, which causes Gabriel García Marquez to write: “When Lebrijano sings, the water gets wet”.
Another facet worth highlighting in this cantaor, is that knowing so deeply the orthodox cante, his artistic restlessness led him to seek the introduction of some innovations - what he calls melismas de refreso- in an art usually corseted by the immovable tradition defended by purists. In his early days he was also very influenced by the teaching of Mairena..
He understands that it is necessary to bring a broader musical range to flamenco, because only in this way can the horizons of this unique art in the world be extended: “We are each trying to make our music within flamenco. We are aware that since we do not give it a new twist, within its same context, flamenco falls too short. To export it you need to give it new formulas, because the
basic cante is done, we have all recorded it twenty times. So, if everything we know we can interpret in another way more accessible to ears that are not used to hearing flamenco, I think it's important that we do it […] You also need an environment, a gathering… If you don't get drunk, if the cante doesn't hurt, the essence is lost. What remains is a technical thing, cold. Flamenco is something else”.

Headline of the most important festivals, reflects its active and inexcusable presence in the new directions that flamenco took from the 1970s on, either with the recreation of styles lost in time, already with significant approaches to other languages ​​that filled a receptive void and vaguely dissatisfied by repetitive, as evidence of being the first cantaor to bring flamenco to the Teatro Real in Madrid (1979), and with a didactic dimension by all the Universities of Andalusia (1993/94), to create shows like Pursuit (1976), Reunion (1983), Land! (1.992). With everything, Lebrija's teacher, as I already did with the word of God to a gypsy (1972), brought the symphonic world to flamenco for the first time, or the new way, that together with the Andalusian Orchestra of Tangier, opened to the Andalusian Arab world in Encuentro (1985). Surpasses in Casablanca (1998) -album that ranks between Live (1997), Wax tears (1999)- everything that an artist of his capacity and creative talent had already given of himself in previous works.
He has the title of His Excellency, by granting him in 1997 the Ministry of Culture the Gold Medal for Work.