The Liceu in Barcelona new season with a new production “Turandot” 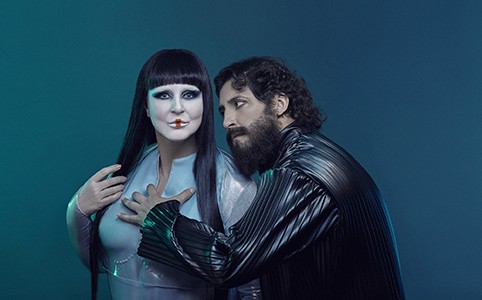 The groundbreaking production directed by Franc Aleu season opens 20 anniversary with the same title that was represented before the fire and reopened the Teatre in 1999.

The teacher Josep Pons directed the opera "delicate, rich and beautiful " which will have an Orchestra 95 musicians and a choir also 95 voices.

The Liceu also debuts new front under the 20 anniversary, It is including intervention on the clock, Wagnerian lighting and windows.

He 7 October 1999 the Gran Teatre del Liceu reopened its doors after the fateful fire with Turandot directed by Núria Espert. Exactly twenty years later, the Teatre again open season with Puccini's unfinished opera, production and high tech, futuristic and poetic Franc Aleu and the musical direction Josep Pons. A world premiere that will bring together of the 7 al 25 October some of the best voices of the moment, led by Irene Theorin, Lise Lindstrom, Jorge de León, Gregory customer, Ermonela Jaho and Anita Hartig among many others.

A great pyramid chairs the stage space emulating the throne of the emperor and home Turandot. An impressive structure rotating six blocks scales and crowned by two robotic arms used to create an allegory of power and of contemporary society in its most morbid obsessions: intrusion into the private lives of others, the spectacle of lynching and fascination with the mechanisms of social control… "A world created to trap us like flies and creating us an irresistible addiction", ensures Aleu.

The three acts share the same scenery, but it is changing in every scene, "As one change in a video game screen", ensures Aleu. A virtual world that has been possible thanks to a luxury team made up of Susana Gómez, co-director of scene, the scenic space of Carles Berga, the changing room full of technological details such as led lights controlled by wifi from Chu Uroz and the complex lighting system of Marco Filibeck.

The last opera composed by Puccini and, in fact, He left unfinished, It will be one of the challenges of the season Symphony Orchestra and Chorus of the Liceu, which for this occasion will feature 95 members in each training. In front, Josep Pons will face this opera (with the end that created Franco Alfano) calling them "delicate, rich and beautiful "and is full of great musical moments like Turandot starring in the second act with its most demanding and powerful aria" In questa Reggia ", a real roller coaster difficult to sustain acute or end Liù cries before taking his own life in the third act with "Tu che di gel sei tape". But surely the climax is probably the most famous aria in the world, the "Nessun dorma" from Calaf in the act tecer.