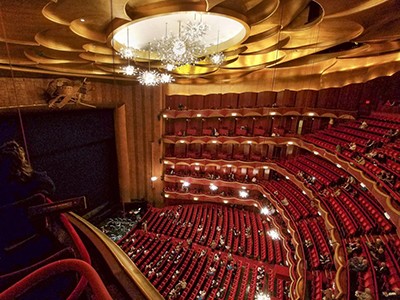 Since its web pñagina and completely free. The MET will offer every night one of his best productions. "We would like to provide some comfort to opera lovers in these extraordinarily difficult times", He has expressed the general manager of the Met, Peter Gelb, in a press release. "Every night we will offer a complete operatic jewel of our collection, corresponding to functions that have taken place in the last fourteen years ".

The broadcasts will begin at 19:30 local time (00:30, Spanish CET; 23:30, in the Canary Islands) and will be available for the next twenty hours. For the first week, the Met has scheduled these transmissions:

Monday, 16 of March: Carmen, Bizet. Directed by Yannick Nézet-Séguin and starring Elina Garanca and Roberto Alagna (for the function of the 16 of January of 2010).