Pavel Kolesnikov in the Young Performers organized by the Scherzo Foundation 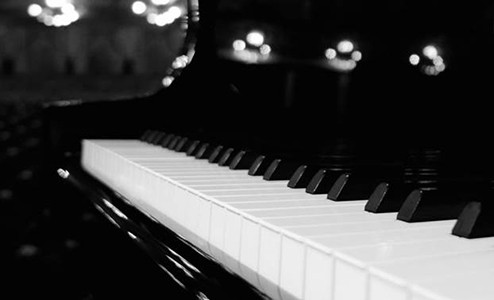 Theaters Canal Madrid host the concert pianist Pavel Kolesnikov which will take place on Tuesday 8 May at 20:30hs in the Red Room, inside of the Young Performers organized by the Scherzo Foundation.

Born in Siberia, Pavel Kolesnikov He learned violin and piano until he decided to devote himself to the latter. He studied at the Moscow Conservatory with Sergey Dorensky, in the London Royal College with Norma Fisher and Brussels with Maria João Pires. He has won the medal and Milstein received the grant from the Foundation Benjamin Britten 2015-2016. It has also been elected to the New Artists program BBC 2014-2016.

Since receiving the Honens Prize 2012, Kolesnikov has performed worldwide. His music has been enjoyed in places like the Zankel Hall of Carnegie Hall, the Konzerthaus Berlin, the Louvre in Paris, Recitals Society Vancouver or Ottawa ChamberFest. further, He has performed with the Russian National Philharmonic, BBC Philharmonic, the London Philharmonic, Philharmonia Orchestra, her Brazilian Symphony Orchestra , Toronto Symphony, Calgary Philharmonic and BBC Wales.

In this concert, el pianista tocará piezas de autores de diferentes épocas que van, from the French Baroque to the most current aesthetic of concrete music as Lachenmann, through the romanticism of Chopin and Schumann and Debussy Impressionism.