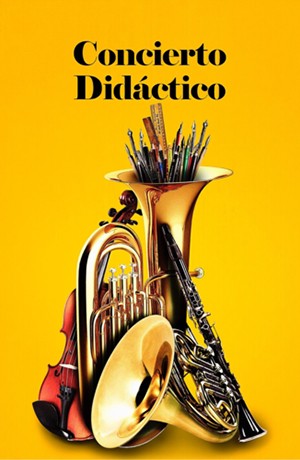 He Teatro de la Zarzuela Has been imposed, as one of its essential purposes, educating a new audience for music. An affirmation, this, which has a special value on the occasion of Didactic concert raised about 'Brujo Love' by Manuel de Falla for next days 7 Y 8 February, as they will be theater director, Daniel Bianco, Y the musical director of the same, Oliver Diaz, who in person take care of driving the four sessions scheduled (two per day). In total there will be 2.800 Elementary and Secondary, that is to say, from between 9 Y 12 years, who as if it were a game will plunge into the magic of music teacher gaditano through one of the universal works of Spanish music.

While Óliver Diaz will take care of the young audience to the basic charge of the Community of Madrid Orchestra music keys (Theater owner), Daniel Bianco will act as the narrator a story in which the complicity and the divulgation are essential parts of speech. Through musical references from yesterday and today, Iran Unraveling the composition and history, making clear to the public even without prejudices time and space borders will never be enough for a music that goes straight to the heart.