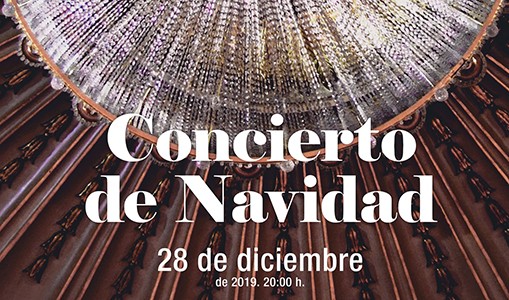 The Teatro de la Zarzuela closed the year with its traditional Christmas Concert. Directed by Oliver Diaz, and with the participation of soprano Rocío Ignacio and tenor Jorge de León, the Tickets carried out since last summer

The Community of Madrid Orchestra (Titular del Teatro) and the Holder Choir Theater de la Zarzuela They will join the celebration.

He Teatro de la Zarzuela will close next Saturday 28 December at 20h00 a fruitful 2019, And it will do with its already Traditional and expected Christmas Concert whose tickets were sold out within hours of going on sale last summer. As is usual, the appointment will serve to celebrate in style Spanish music, our lyrical, this time can be enjoyed along with works by some of the International Grandmasters of musical theater.

The concert will be conducted by maestro Oliver Diaz and will feature two of the most valued Spanish voices today: the soprano Rocío Ignacio and tenor Jorge de León. During the gala also intervene Coro del Teatro de la Zarzuela, which together with the Community of Madrid Orchestra (Holder Coliseum), It will be added each year as the party.