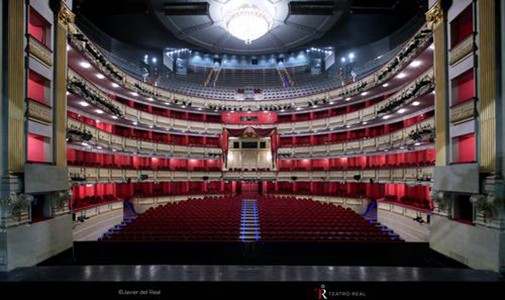 The initiative, what starts today, will try to alleviate the difficult situation generated by the closure of the Theater after the beginning of the state of alarm of the past 13 of March.

All donations may benefit from a 80% tax relief.

Those interested in participating in the initiative can do so through the page of the Foundation Friends of the Royal Theater.

The Fundación Amigos del Teatro Real has started a fundraising campaign, through donations, in order to contribute to the recovery of the situation generated by the cessation of its activity, help maintain their economic stability and be part of the promotion of their cultural project.

Thanks to approval, last 7 of May, of the Royal Decree-Law that included the declaration of «Plan for the Promotion of the Teatro Real Opera» as an Event of Exceptional Public Interest, all donations to be made to the Fundación Amigos del Teatro Real may benefit from a tax relief close to 80% of the amount.

In recognition of donor collaboration, the Royal Theater will grant them a special mention in the list of patrons of the Royal Theater, that will have visibility in its various broadcast channels, as publications, Web page, etc.