The Royal Theater comes to colleges and theaters across Spain 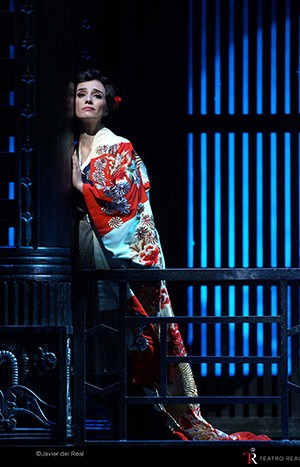 He Teatro Real It joins the celebration of the European Days of Opera, They are taking place across the continent between 4 and the 13 May and with whom you want to share the heritage and cultural richness of the opera, two audiovisual activities aimed at all audiences, and for Spain, which will take place tomorrow, Thursday 10 of May.

On the one hand, it will be issued, through technology stage Digital to schools, the production of Dido and Aeneas, Purcell, in the version directed by Rafael R. Villalobos and designed specifically for young, in coordination with the Ministries of Education of the autonomous communities with which the Teatro Real has signed cooperation agreement: Andalusia, Aragon, Cantabria, Castilla y León, Castilla la Mancha, Madrid and Murcia.

For another, cinemas across Spain Screened in their rooms acclaimed and beloved version Madama Butterfly, Giacomo Puccini, directed by Mario Gas and starring soprano Ermonela Jaho, who has managed to move thousands of spectators worldwide.

Both initiatives are carried out through the Teatro Real audiovisual program, linking new technologies with projects of national and international collaboration, to make their performances leave the Madrid stage and reach a public increasingly broad and diverse.

The proposal Rafael R. Villalobos, responsible for the dramaturgy and staging, moves the action of this beautiful opera Purcell (1659-1695) to today, XXI century, to analyze the difficult period of adolescence and seek answers to the problems and experiences that young people today: The development of personality, friendship, love, jealousy, bullying ... with dialogue and youthful vocabulary close to the public for which it is designed.

The action takes place during the birthday party Dido, It celebrated in a colorful and cozy garden. Maite designs Agorreta, also responsible for figurines, lighting and Miguel Ruz, playful and cheerful form a framework in which crop up insecurities and jealousies group, whose intrigues weave a painful situation in which all border on the edge of "bad" and "good" and help us reflect on the search for balance.

this opera, one of the most demanded by the public, recovers the original staging of Mario Gas, so praised by critics, whose action is set in a movie set in Hollywood in the forties and the public attending the dual effect of the action, the history of the characters and the film. The representation is led by the soprano Ermonela Jaho and the Spanish tenor Jorge de León. With an extraordinary cast and the Choir and Orchestra of the Teatro Real Headlines, The musical direction is by Marco Armiliato.

The story of Cio-Cio San, young teen geisha who faces his family and his love culture official B. F. Pinkerton, US Navy, who understands the relationship as mere entertainment during their stay in Japan, He has touched generations of fans and had a prominent place in the life of Puccini until the last of his days.