The Royal Theater and the ships of the Spanish in Matadero presented Three Tales, digital video-opera Steve Reich and Beryl Korot 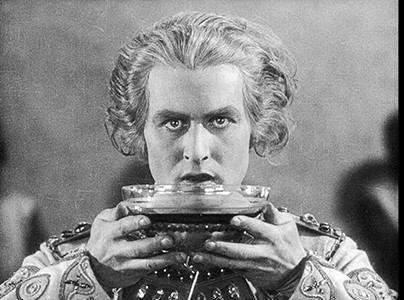 He Teatro Real will offer two exciting projects that are based on a similar format, where music and image are inseparable part of the whole, but whose artistic approach is developed from two distinct perspectives: Three Tales (1998-2002), contemporary creation which opens in Spain, with music Steve Reich and video Beryl Interest, Y Nibelungen (1924), mythical film Fritz Lang with score Gottfried Huppertz. both proposals, directed by Nacho de Paz, They will include the participation of Head of the Royal Theatre Orchestra.

Articulated in three acts, the work of Steve Reich and Beryl Korot revisits three key events of early, the mid to late twentieth century. Each reflects on the implications of the development of science in the recent past. A) Yes, since the beginning of air transport to nuclear tests or genetic experiments, the debate is about the physical nature, ethical and religious of a technological environment that has grown exponentially since 1945.

Fernando Arrabal Room, in the ships of the Spanish in Matadero, It will be the ideal scenario for the interpretation of Three Tales the days 5 Y 6 March at 20.30 hours and day 7 March double session, to 18.00 and to the 20.30 hours.

In 1924 He presented in Berlin one of the most ambitious projects of the historical filmmaker Fritz Lang: Nibelungen, inspired by the epic poem The Nibelungenlied and films composed of Siegfried's death Y Revenge of Krimilda. For this colossal work of the German silent cinema, Lang had the collaboration of the composer Gottfried Huppertz, who created a score of narrative effects that transcend the image, underlining the scenes and entity providing the main characters, that awards a series leitmotiv, in the path of the Wagnerian legacy.

Nearly a hundred years after its premiere, and after careful restoration of both films and recovery of the score kept by the German Cinematheque, we are now given the opportunity to attend a screening of Nibelungen as it was conceived in his day: big screen, with live orchestra and in the most appropriate framework, the main hall of the Teatro Real.

In this ambitious project they involved the Foundation Friedrich-Wilhelm-Murnau (depository institution's legacy Lang), German Film Archive, the British Film London, the National Archives of the Image of Montevideo and the Spanish Film Library, among others.

He 21 March at 20.00 hours will offer Siegfried's death, first part of Nibelungen, and the 28 March at 20.00 hours, Revenge of Krimilda, second part of the film. Both they will be projected on big screen, In the main hall of the Teatro Real, with the interpretation of the Titular Orchestra of the Royal Theater and directed by Nacho de Paz.