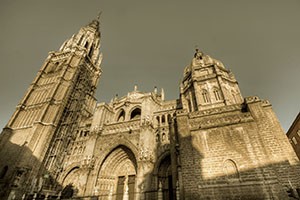 The Orchestra and Chorus of the Royal Theater Headlines Madrid will open next 28 of March, he Music Festival El Greco in Toledo, at the Cathedral City, a cultural initiative born after the success of the celebrations marking the fourth centenary of the death of painter, whose musical program is based on a twofold: historical and innovative, with which to present great works of musical heritage of the city and of universal membership.

Coinciding with the start of Holy Week, the Orchestra and Chorus of the Teatro Real Headlines incumbent formations Royal Theater will perform at the opening session of the first part of the cycle, Ninth Symphony Beethoven, under the guidance of the German master Hartmut Haenchen and with the participation of soloists Charlotta Larsson, soprano; Gemma Coma-Alabert, mezzo soprano; John Daszak, tenor; Y Albert Dohmen, bass-baritone.

Haenchen, one of the leading experts in the work of Beethoven, will undertake, shortly after, Fidelio tests, only opera by German composer, which will premiere at the Teatro Real 27 May and eight functions will be offered.

Participate in this first part of the Festival Academy of Pleasure, directed by Fahmi Alqhai; La Grande Chapelle, with Albert Recasens in front; Zarabanda, with Álvaro Marías; Nereydas, directed by Ulises Javier Illán; and the Ensemble Plus Ultra, with Michael Noone.

The Royal Theater will be in charge of closing this cycle with the participation of Opera Choir of Cape Town, present in the Madrid scenario, between 10 June and 10 of July, to interpret Volksoper George e Ira Gershwin, Porgy and Bess, whose score incorporates jazz rhythms and blues, African folk melodies and gospel. It is precisely the latter genre, which can be heard at the Cathedral of Toledo 13 of June.