Franco Vassallo debuted at the Liceu in Barcelona 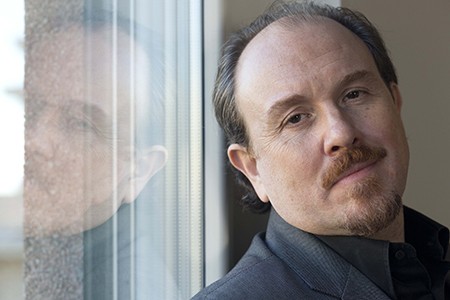 After consolidating his career as one of the great interpreters of bel canto romantic, Franco Vassallo It has become one of the most important representatives of the Verdian repertoire today. The Italian baritone debut in January at the Gran Teatre of the Liceu of Barcelona with its unique Amonasro, the father of the protagonist of the popular opera Aida in Verdi.

It is in the Verdian repertoire which concentrates its activity Vassallo today, It is considered as a reference in titles like Simon Boccanegra, Attila, A dance en mask, Don Carlo, Rigoletto, Macbeth, Nabucco, Otello, The Troubadour, Luisa Miller Y The force of Destiny, works he has played in some of the most important theaters in the world, New York to Milan.

“Amonasro is a very complicated role to play”, explains Vassallo, “especially because you have to give credibility to the frustration of a dethroned king and humiliated, Besides, discovers that his daughter loves the leader of the army that devastated his own people. One must know how to measure delivery and the excitement that goes with, always with a major orchestra that is what Verdi envisioned for Aida”. Also states that "Although the role is not very long, It is one of the most intense and dramatic parts of the great Verdi baritone characters, with long passages dense applicants, They are requiring a large legato singing, phrasing, robustness and a wide vocal range”.

Franco Vassallo perform at the Liceu day 14, 17, 20, 23, 28 Y 31 January 2 February in the historical production of Mestres Cabanes in mid-century XX, a jewel of the Catalan school of scenography.

Among others, later they await a new production Don Carlo at the Salzburg Easter Festival and the Semperoper Dresden and directed by Thielemann Otello Y Luisa Miller Comunale in Bologna.