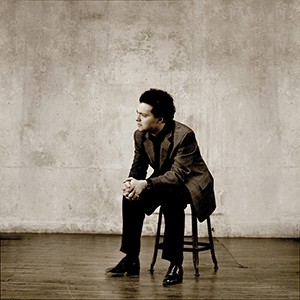 Evgeny Kissin It is one of the few contemporary artists who can boast of having offered up 15 encores in the most demanding audiences in the world. Next Wednesday 25 October, pianist acts again Spain, country in which debuted 16 years and he has not stopped visiting. It will do so within the Ibermúsica cycle with a repertoire that includes Piano Sonata No.. 29, “Hammerklavier”, from Beethoven, and a selection of Preludio up. 3, 23, 32, from Rachmaninoff.

With early and innate talent, Kissin has established itself as one of the most outstanding musicians, awarded and admired our time. Both critics and the public have emphasized the poetic musicality of his performances, as well as its exquisite precision. The great conductor Herbert von Karajan predicted with great success know that Kissin transform his natural virtuosity in concert full of depth and generosity.

"All distinguishing marks of his genius - and one does not use this word lightly- They were present at the performance: the rich and sonorous tone, the dazzling work of your fingers,, especially, his inspiring fantasy. Kissin's piano is so captivating, so fresh in their response even in the best-known phrases, one hangs on every note ", it told The Times (1999).

With this concert, Ibermúsica continues its most ambitious season of the last decade. Between October 2017, and up 7 June 2018, the cycle will visit some of the best orchestras in the world (Berlin Philharmonic, Royal Concertgebouw Orchestra, said London Symphony Orchestra and the St. Petersburg Philharmonic), conductors and soloists of the caliber of Daniel Barenboim, Sir Simon Rattle, Evgeny Kissin, Juan Diego Florez, Labèque the sisters Katia and Marielle, Gianandrea Noseda, Maria João Pires, Vladimir Jurowski o Sir John Eliot Gardiner.

Evgeny Kissin was born in Moscow in October 1971 and he began to play by ear and improvise on the piano for two years. At six, he entered a school for gifted children, the Moscow Gnessin Music Center, where she was Anna Pavlovna Kantor student, his only teacher. With 10 years, He debuted with the Concerto for Piano and Orchestra No. 20, Mozart, and a year later, He gave his first solo recital in Moscow. He began to draw international public attention in March 1984 when, with 12 years, interpreted the Piano Concertos 1 Y 2, Chopin, at the Moscow Conservatory with the Moscow State Philharmonic and Dmitri Kitaenko. This concert was recorded by Melodia and released a double LP the following year. Later, several Kissin performances in Moscow were also recorded live and published five albums Melodia.

Kissin's first appearance abroad was in 1985, in Eastern Europe, and a year later undertook a tour of Japan. In 1987 It made its debut in Western Europe at the Berlin Film Festival. In 1988 He toured the Old Continent with the Moscow Virtuosi and Vladimir Spivakov and first visited Spain, invited by Ibermúsica. That same year also acted for the first time with the London Symphony Orchestra under the direction of Valery Gergiev. In December 1988 He climbed on stage with Herbert von Karajan and the Berlin Philharmonic at the New Year's concert which was broadcast internationally. They repeated this performance in the next edition of the Salzburg Easter Festival. The video and audio recordings of New Year's concert were made by Deutsche Grammophon.

In 1990 Kissin first appeared in the BBC Proms and that same year made his debut in the United States, interpreting Chopin piano concertos with the New York Philharmonic conducted by Zubin Mehta. So also did the opening of the centenary of Carnegie Hall with a spectacular concert that was recorded live by BMG Classics in.

He has received numerous awards and recognitions. In 1987 He received the Crystal Prize of Osaka Symphony Hall for the best performance of the year 1986, which it was also their first concert in Japan. In 1991 he received the Musician of the Year Award of the Academy of Music Chigiana in Siena, Italy. It was a special guest at the ceremony of the Grammy Awards 1992 and he became the youngest musician of the year in Musical America 1995. Two years later also he received the prestigious Triumph Award for his contribution to Russian culture, one of the highest cultural awards given by the Russian republic and made him the youngest winner in the history of this award.

He was the first pianist invited the BBC Proms to offer a recital in 1997 Y, season of 2000, He became the first solo in attending the opening concert of the Proms. In May 2001, Kissin received an honorary doctorate in music from the Manhattan School of Music. In December 2003, in Moscow, he received the Shostakovich Award, one of the most important music awards in his native country. In 2005 He was named honorary member of the Royal Academy of Music in London. Recently also he received the Herbert von Karajan Music Prize (2005).

Kissin's recordings has also been recognized with numerous awards, what adds to the list of masterpieces of the best performers in the world. Some of them have been the Edison Klassiek Netherlands, Grammy awards, el y el Diapason d'Or Grand Prix of the New Academy Disc Francesa.