The Lombards in the First Crusade, the most epic Verdi returns to Bilbao 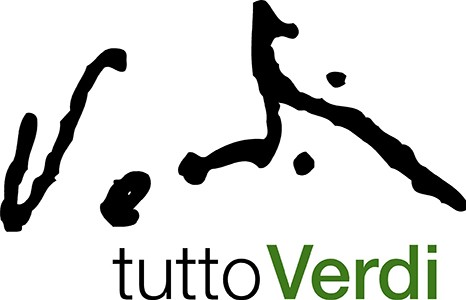 ABAO-OLBE (Bilbao Association of Friends of the Opera) Starts 2019 with The Lombards in the First Crusade in Verdi, epic opera Busseto genius that makes up the thirteenth edition of the project TUTTO VERDI. At the end of the season they will be missing only two per represented in this flagship project operas. The following days 19, 22, 25 Y 28 January up to the stage this title, a unique jewel and an exceptional opportunity since in 2019 Y 2020 it is only programmed in Bilbao. In ABAO it has only been represented previously on one occasion, outside fertilizer, ago 43 years on the occasion of 25 anniversary of the Association in 1976, with Cristina Deutekon and a young José Carreras.

This epic drama of crusaders and liberators, belonging to the "galley years" of the Italian composer, tells a story that combines the religious, the political and the loving taking the viewer on a journey of war and love, crime and atonement, faith and politics. Its premiere was a huge success and its heroic style seeks to continue the line already undertaken in its predecessor, Nabucco.

An exceptional opera for voices

To give life to the leading trio of this opera in which Verdi achieves moments of great dramatic force and musical inspiration, ABAO-OLBE has assembled a cast headed by the Catalan tenor Josep Bros, great connoisseur of Verdian singing style and winner of the Bilbao scene, like ‘Oronte’. At his side the Russian soprano Ekaterina Metlova appears at ABAO to debut ‘Giselda’, a role of great difficulty and the first of the many exceptionally complex female figures in the Italian composer's work. The main trio closes with the Italian bass Roberto Tagliavini giving voice to ‘Pagano’, an important role that requires great vocal expressiveness. Together with them the tenor's debuts complete the line-up Sergio Escobar as ‘Arvino’, soprano Jessica Starvos as ‘Viclinda / Sofía’, the bass David Sanchez como 'Acciano', he also low Rubén Amoretti like ‘Pirro’ and the return of the tenor Once Josep as ‘A Prior of Milan’.

In the musical section, the teacher returns to Bilbao Riccardo Frizza, great connoisseur of the Italian repertoire and musical manager of the Donizetti Festival in Bergamo, in what will be his fourth Verdi title after Don Carlo, Luisa Miller Y Otello. Topping the Symphony, Frizza faces a score in which according to his own words “Verdi introduces differentiating elements, like his orchestration and harmonization of the anni di galera " and in which "The great Verdi of maturity is already revealed". This section complete Bilbao Opera Choir, directed by Boris Dujin, who is confident a privileged position throughout this title, becoming the main protagonist and taking on a demanding and extensive role.

On stage a production of the Regio di Parma, attractive and classic scenery, which you can be seen for the first time in the country, devised by Lamberto Puggelli and that in Bilbao directs his widow and collaborator Grace Pulvirenti. All four acts take place in the shadow of Jerusalem's Western Wall with a grand backdrop looming over history, to finally open up to a luminous vision of the Holy City. Few used, but effective elements, like the Lombard mists of the first act, projections of war conflicts or pictorial representations such as Picasso's "Gernika".

Rubén Amón, stars in the third conference of the introductory opera cycle that ABAO-OLBE organizes, prior to the premiere and free of charge, in the Bilbao Fine Arts Museum, in order to know the most important aspects of each title of the season.

Rubén Amón, journalist and writer, works for the newspaper El País and regularly participates in different radio and audiovisual media, as Wave Zero, Antena3 and La Sexta. He has published several books on different topics, as an investigation on Secrets of the Prado (Today's Posts 1997), the biography of Placido Domingo, A colossus on the world stage (Planet 2012), the triumvirate: Careers, Domingo and Pavarotti, When the opera fills stadiums (Today's Posts 1996), Blood, poetry and passion: Two centuries of music, noise and silence in the Royal Theater (Editorial Alliance 2018).

The appointment is Friday 18 from January in the Auditorium of the Museum of Fine Arts (access door by Chillida) to 19.15 hours. Free entry until complete seats.

The opera behind the curtain. Sir Peter Jonas in the cycle Opera Bihotzetik

The ABAO-OLBE conference cycle in collaboration with DeustoForum, Opera heart, host the next Monday 21 from January the presentation of Sir Peter Jonas, undisputed cultural reference in the United Kingdom, titled "The Opera Behind the Curtain".

In every opera house, apart from the many people who work behind the scenes who the public never sees, At the top of the pyramid, there is a great guiding mind in charge of designing the programming for several years and selecting the artists..

Sir Peter Jonas has held the post of Chief Artistic Officer of the English National Opera in London and the Bavarian State Opera in Munich. He had previously worked in the Chicago Symphony Orchestra side by side with Sir Georg Solti. Few people related to the world of music and opera have so many interesting things to tell as Sir Peter Jonas, who has met many of the most important singers and conductors of the last decades. After listening to you, we will surely understand much better what a great opera house is and how everything that the public does not see works.. The meeting will be directed and moderated by the well-known author and editor, music critic of El País and co-director of the Beethoven-Haus Bonn Chamber Music Festival, Luis Gago.

The conference will take place at CRAI of the University of Deusto to 19:00h. Free entry until complete seats, Although prior accreditation is required that can be requested on the phone: 944 355 100 o email: operabihotzetik@abao.org