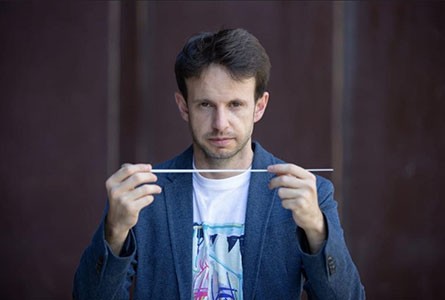 After his success with the operatic ballet The Beautiful Otero, the composer and conductor Manuel Busto returns to the pit of the Teatro de la Zarzuela to lead the Orchestra of the Community of Madrid (BARREL) in Invocation, the proposal of the National Ballet of Spain that will be on the poster of the 10 al 22 from December; In addition to working as musical director, Manuel Busto signs the score for Bowling Summon, Y caged, two of the works that make up this show designed by Rubén Olmo, artistic director of the BNE, in which a global vision of Spanish Dance is offered (bowling school, stylized dance and flamenco). The program is completed with Eternal Iberia by Manuel Moreno-Buendia, Y of the flamingo, that pays homage to Mario Maya.

Bowling Summon is a contemporary vision of the traditional bowling school, that arises in the eighteenth century in Spain as a result of the combination of Andalusian popular dances with academic dances. “This is a composition designed for the corps de ballet, not for soloists, so the sound dimension is different and offers a unique opportunity to see all the essence of the National Ballet of Spain. further, to the artistic talent of the dancers, the energy of singing is added to the live music of the flamenco musicians of the BNE and the Orchestra of the Community of Madrid”, says Manuel Busto. "And the order of caged by the NBE, I was especially excited, because I think it is very innovative to mix granaína, with a cello solo, and the footwork”, concludes.

Considered one of the conductors with the greatest international projection of his generation, Manuel Busto will make his debut this month at the Teatro Comunale di Bologna, where will he lead Don Juan, produced by the National Dance Foundation / Aterballetto, with the Orchestra of the Teatro Comunale di Bologna en atriles. His next commitments also include the Palau de Les Arts Reina Sofía in Valencia and the Teatro de la Maestranza in Seville..