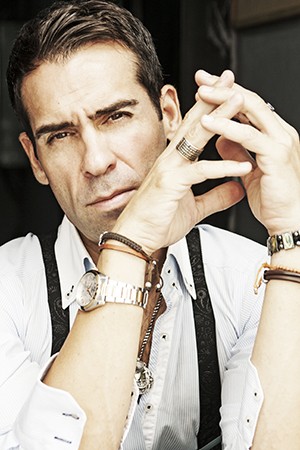 Will be dedicated in memory of Alfredo Kraus –That he was a teacher of the Jerez tenor and that this week he would have fulfilled 93 years - to whom the colosseum will dedicate box number 6 from the plateau.

the tenor Ismael Jordi meets 20 year career, and will celebrate the next Saturday 28 of November (20h00) with a "very personal" concert at Teatro de la Zarzuela. the recital, in which he will accompany you on the piano Rubén Fernández Aguirre, It will be offered in memory of Alfredo Kraus, who this past Tuesday would have met 93 years, and that along with Teresa Berganza He was his singing teacher at the Reina Sofía School of Music in Madrid. The Theater of the Plazuela de Jovellanos will take advantage of such a special circumstance to dedicate to Kraus from that moment box number 6 from the plateau with a name plate.

With a repertoire composed mostly of Spanish music, Jordi will go to the music of Manuel García O Joaquin Turina, to that of Francis Poulenc Y Francis Lopez, to cross the musical Pyrenees again with Jacinto Guerrero, Federico Moreno Torroba, Amadeo Vives O Soutullo and Vert, among other authors. Compositions and high-flying composers, so, those who on this day of celebration bring in their traveling luggage this Jerez man who points out universal ways.

Ismael Jordi is a complete singer. A total artist. Not only does he possess one of the most internationally acclaimed lyrical voices, but his stage presence and his intrinsic charisma make him one of the most desired stars of the lyric that today tread the stages.