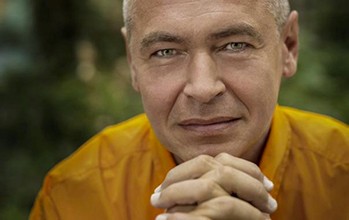 "Neither radical, or controversial. I do not have time to devote to these considerations. All I've tried always been play the piano well. I owe the public and I am fully aware of it ". IVO POGORELICH

Pianist Ivo Pogorelich returns next 2 February to cycle Great Performers of Scherzo to inaugurate its 21st season with a varied program that includes works by Liszt, Schumann, Brahms Y Stravinsky in the National Auditorium. The program this year includes 11 concerts and the next one will be in charge of Lang Lang he 1 of March.

Born in Belgrade in 1958, Ivo Pogorelich received his first piano class at the age of seven and at the age of twelve he moved to Moscow to study at the Central School of Music and later at the Tchaikovsky Conservatory. In 1976 began intensive studies with the famous pianist and teacher Aliza Kezeradze, who have you been married to since 1980 until his premature death in 1996. In 1978 Ivo Pogorelich won the Casagrande International Competition in Terni (Italy) and in 1980 the Montreal Music International. But nevertheless, It was an award that the one that made him world famous did not get. In 1980 entered the legendary Warsaw Chopin competition, where his elimination in the third round unleashed a fierce controversy that attracted the attention of the entire musical world to the artist.

Since its debut at Carnegie Hall in New York in 1981, the performances of Ivo Pogorelich have caused a sensation in all the great concert halls of the world, both in Europe and the United States, Canada, Latin America, Asia and Israel. He has been invited to play with numerous large orchestras, like the Berlin and Vienna Philharmonics, all the great formations in London, as well as the Chicago and Boston Symphony, the New York Philharmonic and the Paris Orchestra. Wherever it touches, his superb performances confirm the originality of his talent and intellect. The New York Times has published: “Play every note exactly, with such a feeling, such expression, that becomes a full orchestra”.
In season 2015/2016, Pogorelich has given several recitals in Warsaw, Dubrovnik, Montreux, Oxford, Colonia, Stuttgart, Munich, Paris and other European cities.

The pianist supports numerous young musicians. In 1986 established a foundation in Croatia to raise funds to provide scholarships for young artists to continue their studies abroad. In 1994, Pogorelich created a foundation in Sarajevo to raise funds to build a maternity hospital. Offers many benefit concerts to support, for example, to the Red Cross, or to fight against diseases such as cancer and multiple sclerosis. One of his goals has been and continues to be to help young artists by giving master classes around the world. In 1988 was named by UNESCO “Goodwill Ambassador”.

Ivo Pogorelich has recorded for German Grammophon a considerable discography full of repertoires that range from baroque to classical and romantic music or also that of the 20th century. The results obtained have been impressive. So much so that many people consider him a legend. In March 2015, Deutsche Grammophon has released the Pogorelich Complete Recordings box with 14 extraordinary albums, which has been awarded the French Diapason d'Or.

Triumphant in his youth, retired to save a necessary mental break and in recent seasons back on stage, Pogorelich continues to be one of the most passionate pianists on the world scene due to the unpredictability of his performances.

PROGRAM OF THE CONCERT OF 2 FEBRUARY, National Music Auditorium, 19:30h
F. LISZT
After a reading from Dante. Fantasia quasi-sonata, S161 / 7
R. SCHUMAN
Fantasy for Piano in C Major, on. 17
R. STRAVINSKY
Three movements of Petrushka
J. BRAHMS
Variations on a Theme by Paganini in A minor, op.35