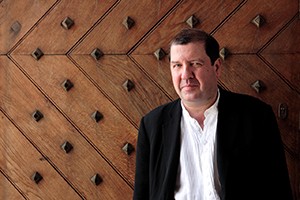 The Executive Committee of the Teatro Real, at its regular meeting held on 10 February, has approved the appointment, at the proposal of the general director and in agreement with the artistic director, from Ivor Bolton as musical director of the institution. His incorporation will take place in the season 2015/2016 and will be valid for a period of 5 years.

This decision comes after concluding a process in which candidacies of outstanding professionals have been considered, and in which the Executive Commission of the Royal Theater has valued the great artistic quality, the experience, the prestige and international projection of the British director.

Ivor Bolton studied at Cambridge University (Clare College), the Royal College of Music and the National Opera Studio London. When I was still a student, was invited to conduct the Glyndebourne Festival Choir, where he was an assistant to Bernard Haitink and Simon Rattle. After regularly directing at the aforementioned festival, becomes music director of the Glyndebourne Touring Opera.

Ivor Bolton has had a close relationship with the Bavarian State Opera, in Munich, where, since his debut in 1994, has directed 17 new productions, including a cycle on Monteverdi and a series of operas by Händel, in addition to being awarded the prestigious Bayerische Theaterpreis.

Her debut at London's Covent Garden took place with the world premiere of Arianna, de Alexander Goehr, in 1995 and since then he directs there frequently. In the year 2000, at the invitation of Gerard Mortier, participates for the first time in the Salzburg Festival to direct Gluck's Iphigénie en Tauride and, shortly after, is invited to be music director of the Mozarteumorchester Salzburg, position he continues to hold today. Since then, is present every year at the Salzburg Festival, and its repertoire includes operas by Mozart, Haydn, Bellini, Chaikovski, Gluck, Stravinski y Händel. He recently performed Messiaen's Turangalila symphony on the same stage.

In the field of concerts and recordings, has worked with the Royal Concertgebouw Orchestra, la Tonhalle Orchestra Zurich, la Munich Philharmonic, la Freiburg Baroque Orchestra y, especially, with the Mozarteumorchester Salzburg, with whom he has frequently toured Japan, U.S, China, Germany and the UK. With this orchestra a series of recordings of Bruckner's symphonies is about to be completed, critically acclaimed.

He has developed an intense career as a harpsichordist and has recorded all the harpsichord concertos of J.S.. Bach. At the Teatro Real he has directed Beethoven's Leonore (2007) and Jenůfa de Janáček (2009), and in the coming weeks will premiere a new production of Alceste de Gluck. He will return to the Madrid pit for the opening of next season with Le nozze di Figaro, Mozart, next september.