James Gaffigan, musical director of The Arts, appointed at the Komische Oper in Berlin 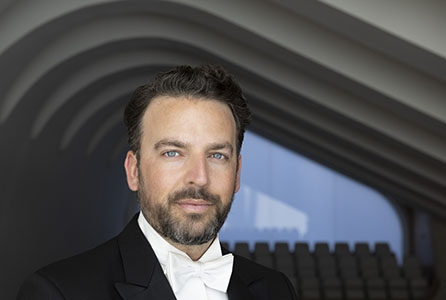 The American director James Gaffigan will reconcile the musical direction of both institutions as of September 2023.

Gaffigan will conduct a concert with works by Rodrigo next May, Ravel and Dvořák and the premiere in Valencia of ‘Wozzeck’, the mountain.

The appointment of James Gaffigan, musical director of Palau de les Arts, as the new ‘Generalmusikdirektor’ of the Berlin Komische Oper; position that he will assume in September 2023 and that he will reconcile with his responsibilities at Les Arts.

In this sense, Les Arts conveys its congratulations to Master Gaffigan on his appointment, that endorses the artistic commitment of the Valencian theater by one of the figures with the greatest projection in the musical direction to lead the Orquestra de la Comunitat Valenciana (OCV).

“Valencia and Berlin will become my two‘ musical homes ’and this new position will not imply any change in my relationship with Les Arts. open, Besides, possibilities of collaboration between both institutions ", the New York director explained.

The American artist's commitment to Les Arts entails the musical direction of two opera titles and two symphonic programs per season., in addition to the responsibilities of the position with the OCV during the next four years.

James Gaffigan will return to Valencia this spring to conduct an OCV concert with works by Rodrigo, Ravel and Dvořák, as well as the premiere in Valencia of a title still unpublished in the city's repertoire, ‘Wozzeck’, by Alban Berg, with which he will close the opera season.