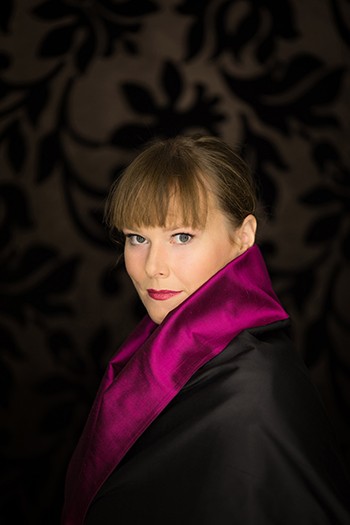 At the same on the tour performed at the Savonlinna Festival (Finland) in 2017 with I Puritani Bellini, the Teatro Real in Madrid retells Jessica Pratt headlining during his visit, this month, a la Alfried Krupp Saal de la Philharmonie Essen (Germany), where Rossini opera gala is announced 5 March by the Orchestra of the Teatro Real. Pratt will perform arias and duets (accompanied by the Spanish tenor Xabier Anduaga) of operas Semiramide, Otello, Matilde in Thabran, The Italian Girl in Algiers, The Barber of Seville, The Count Ory Y Guillaume Tell. In the brief tour the orchestra of the Royal will headline on the podium with the musical director of the Madrid coliseum, Ivor Bolton, precisely, residence director at the auditorium of the German city. The Philharmonie Essen highlights in the press promotion of the concert the presence of Australian soprano, “hailed from La Scala to the Met in New York. you are now compared to Joan Sutherland and is a regular guest of the Rossini Festival in Pesaro. Have 12 Italian composer's operas in his repertoire”. Pratt joins the Real tour after having achieved great success with his already described as "exemplary" Lucia of Lammermoor both in Bilbao and Oviedo. With that same opera fired last course of the Palau de les Arts in Valencia, before returning, in summer 2019, to the Pesaro Festival to exhume the now forgotten opera by Rossini Demetrius and Polybius. Jessica Pratt started the season 2019-2020 with a real tour de force to the play Olympia, Antonia, Giulietta and Stella at the Offenbach opera The Tales of Hoffmann, a milestone in his career. He has also sung I Puritani at the Opéra de Marseille, title reprise, in May, at the Teatro San Carlo in Naples before singing La Traviata (Verdi) in Las Palmas de Gran Canaria and Lucrezia Borgia (Donizetti) Opera Australia.