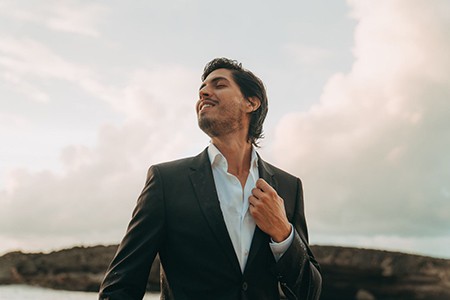 Puerto Rican tenor of Spanish origin Joel Prieto will debut this December at the Theater of La Monnaie / De Munt in Brussels And it will do with the tender Ernesto opera Don Pasquale by Donizetti. The singer will stop in Brussels from the Opéra de Lausanne, in Switzerland, where you just get a big win with his celebrated Ferrando in Così fan tutte, Mozart. His debut on the stage of La Monnaie / De Munt will allow you to resume a role that debuted Prieto 2013 Teatro dell'Opera in Rome - Colosseum which will return next year with another Mozartian character, Idamante, Idomeneo, re di Crete- and also sang 2014 Opera in Puerto Rico. "I look forward very much to return to Donizetti" says the interpreter, "A composer who is among my favorites and has given me great joy whenever I assumed his characters; me crazy
get into the skin of Nemorino in L'Elisir d'amore and I can not wait to debut Edgardo in Lucia di Lammermoor, a role that I'm working in depth and I enjoy every note ", concludes.

Don Pasquale in Brussels, Prieto will be the star tenor imaginative staging of Laurent Pelly sharing the stage with other great names of bel canto specialists such as Michele Pertusi or Danielle de Niese, members of the first division of a series of eleven features that will defend the scheduled day 9 (premiere), 12, 14, 16, 19 Y 21 from December, always under the baton of Alain Altinoglu.
"Singing at La Monnaie in Brussels and by a first-rate cast is fantastic; It is a scenario that I needed and comes at the right time ", says the Puerto Rican tenor.

Later, among other commitments and continuing the expansion of its repertoire, They await his return both the Gran Teatre del Liceu in Barcelona (with Rodelinda by Händel, in March) and the Teatro Real in Madrid
(with Verdi's Falstaff, in April and May).