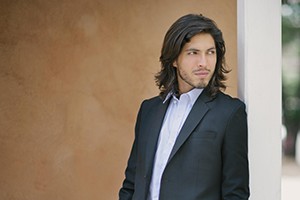 Joel Prieto has been dedicating a large part of his professional career to the work of Mozart. Since he became the first prize in Operalia singing 2008, the tenor born in Madrid and raised in Puerto Rico and New York has found in the work of genius from Salzburg to one of its greatest allies. In late January it will debut at the Los Angeles Opera (U.S) playing for the first time in his career another son of Mozart, Belmonte, protagonist of The Rape of the Seraglio. After a year devoted almost exclusively to Tamino, the prince of Die Zauberflöte (in Madrid and Warsaw and Ferrando, de So do all (in Aix-en-Provence, NY, London and Edinburgh), Joel Prieto begins 2017 with the incorporation of this new role in their repertoire, title that he will later perform at the Semperoper Dresden (Germany). “The role of Belmonte is probably the most difficult Mozartian character I have sung so far. It's kind of a Tamino mix, Don Ottavio y Ferrando, all in one. A good command of the singing line is needed, have good diction, control coloratures, negotiate the passage of the voice well; it is also acute and you have to go deeply into the emotional plane. With this type of role you need a lot of experience in the style. In fact they offered it to me many years ago and then I said no, because intuitively I knew I had a lot to learn”. For the tenor it is a character “very complete, which I am very happy to debut at this point in my career after having sung various Mozart roles for more than 10 years in many theaters of the world”.

But not everything is Mozart on the young singer's agenda. Besides having sung the opera of Berlioz Beatrice and Bénédicte (Toulouse) in september and october, in December he was consecrated to Beethoven when he traveled to Tokyo with the Ninth Symphony together with the NHK Symphony Orchestra and the choir of the Tokyo Opera Singers.

In Los Angeles he will perform six performances of The Rapture (28 from January, Y 4, 8, 12, 16 Y 19 February) in a production signed by James Robinson with the musical director of the LA Opera on the podium, James Conlon.