Joel Prieto, between “The flute” Y “the rapture” 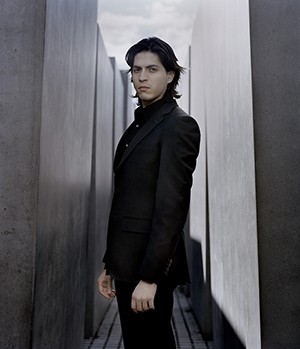 the tenor Joel Prieto, Operalia Contest winner 2008, He debuted in January at the Los Angeles Opera (U.S) as Belmonte in Mozart's opera The Abduction from the Seraglio -“probably the most difficult role I have sung in my career”, as the young singer-, obtaining a considerable personal triumph, both public and critics [“Prieto contributed a vocal virtues Mozartian singing delicate line, excellent in the passage and with an infinite fiato… Yours is a true quality voice… His performance verged on perfection”. “Joel Prieto sang a Belmonte almost with the sound of an oboe, always in the exact center of the note”]. The tenor born in Madrid, raised in Puerto Rico and trained in New York, stay true to Mozart and in april, May and June will return to Semperoper Dresden (Germany) this time to show his Belmonte in seven functions, while, he 28 of April, will give a one-time performance as Prince Tamino of Die Zauberflöte at the Grand Theatre in Warsaw (great theater, Poland), headquarters of the Polish National Opera. It is a rerun of the applauded staging of Barrie Kosky Y Suzanne Andrade that Prieto has already performed so much in the Teatro Real in Madrid (Spain) as in the main coliseum of the Polish capital.

In Dresden, instead, Joel Prieto will be Belmonte in a montage signed by Michiel Dijkema, with Christopher Moulds the baton.