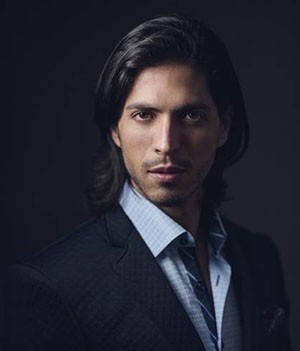 in a new production of Carmen

Tenor Joel Prieto takes a new step in his career by incorporating the role of Don José from the opera into his repertoire Carmen Bizet. The popular opera will be staged at the ADDA, the Auditorium of the Alicante Provincial Council, the days 17, 19 Y 21 November in a new montage by a true specialist in the work, Asturian stage director Emilio Sagi. Prieto, who has achieved great successes in repertoires such as the Mozartian or the belcantista, He is very excited about expanding his repertoire towards lyrical tenor roles that adapt to the evolution of his current vocality. “The voice changes over the years and now I feel very comfortable in these types of roles”, affirms the singer born in Madrid and trained at the Conservatory of Puerto Rico, en la Manhattan School of Music, at the Atelier Lyrique de la Opéra national de Paris and at the Project for Young Singers at the Salzburg Festival.

Debut a character like the one imagined by Bizet, Besides, is a milestone in the artistic career of any interpreter of his string. “It is a role that has a very complex and fascinating dramatic journey. Discovering his vocal power and at the same time delving into his psychology is a challenge that I have been wanting to do for several years.. I feel fortunate to be able to debut it at the hands of a theater genius such as Emilio Sagi and with the very talented Josep Vicent in the musical direction.”, says Joel Prieto.

Praised for his exceptional voice, for its stylistic versatility and for the elegance of its phrasing, Prieto will draw a Don José that he already has very assimilated, a paper "volatile and passionate, that breathes on what the orchestra transmits”, assures, which he has been shaping for months of study "and personal research”, as stated to the specialized magazine Ópera Actual. For the singer it is the cruel portrait of a man "with misconceptions about what love is and that it is nothing like me, that I live in a feminist and freedom environment”.

With more than three decades of professional experience in the most important theaters in the world, Joel Prieto is assuming new challenges in the process of expanding the repertoire: “My voice asked to take the step towards the lyrical repertoire”, to which that Narraboth also joins, from the opera Salome by Richard Strauss, who will soon perform both on his return to both the Aix-en-Provence Festival (France) like the Bolshoi Theater in Moscow (Russia).