Jonas Kaufmann returns to the stage at the Teatro Real 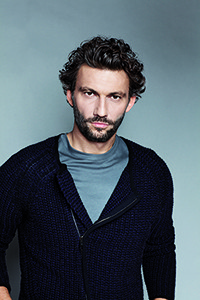 Jonas Kaufmann finally offer its expected recital in the Teatro Real, which replaces the She canceled last 10 from January for acute sinusitis. The only time the tenor has sung at the Teatro Real was the 14 March 1999 to replace the tenor Zoltan Todorovich, a vocal condition which prevented play the title role of La clemenza di Tito, from Wolfgang Amadeus Mozart. curiously, coinciding with his recital, It will be in the same opera scene, between 19 and the 28 of November.

Kaufmann will, well, his debut as a singer of lieder Real next 22 of November, Music's day, with an attractive and committed program, where it will showcase its renowned talent and versatility, which reconciles excellent dramatic talent for the most demanding opera roles, with great depth and sensitivity in the most sensitive readings of chamber music repertoire.

The program will offer Real, alongside veteran pianist Helmut German ─su faithful traveling companion in this type of recitales─, you will notice the ductility and refinement of Kaufmann when passing through the evocative songs of Schumann, Liszt, Henri Duparc y Richard Strauss, They are drinking from the same desire to express emotion with music unspeakable words.

The tenor opened his recital with the cycle of lieder on poems by Justinus Kerner, what Robert Schumann (1810-1856) He composed in one of the happiest years of his short life fecund, in which he wrote 139 Inventive amazing songs. It will continue with exotic melodies Henri Duparc (1848-1933), written in youth, before its creator neurasthenia truncated breath.

In the second part will address the passionate Kaufmann Three sonnets of Petrarch, what Franz Liszt (1811-1886) He reviewed along 15 years, creating a triptych that reflects the infinite spectrum of romantic emotions.

The recital will conclude with a selection of songs Richard Strauss (1864-1949), rescued from different cycles and periods of his prolific career, with which Kaufmann travel from the confessional intimacy to the most heroic expression, in a kaleidoscope of atmospheres that may enhance his versatility as an interpreter of lieder.