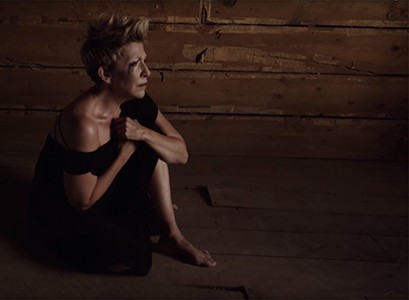 The next 2 of June, Friday, to 20.00 hours, Joyce DiDonato will return to the Teatro Real with a concert integrated into the cycle Voces del Real, in which he will present his new artistic project entitled In war and peace, harmony through music, whose idea arose after the attacks in Paris in November 2015 and which, through Baroque music, reflects on despair and hope.

Conceived as an artistic proposal that transcends the conventional classical concert, DiDonato has surrounded himself with a group of artists of great prestige and intellectual concerns who have collaborated in the design of the show. The instrumental part will be interpreted by the baroque group Tomato, with musical direction Maxim Emelyanichev. On the scene the projections of the visual artist Alexander Yousef and choreography Manuel Palace develop the narrative discourse articulated by a selection of arias by Händel and Purcell, among others.

The program is structured by two antagonistic concepts: the war and the peace. The first part, focused entirely on war, will open with the aria Scenes of Horror, Scenes of Woe, of the oratory Jeptha, from Händel. From that moment, Joyce's expressive and ductile voice will immerse the viewer in feelings of rage, fear, pain and revenge arising from human conflicts. The German composer will also hear arias from Rinaldo Y Agripina, along with others of Andromaca, by Leonardo Leo and Dido and Aeneas, Henry Purcell.

This part will be completed by baroque instrumental pieces from Emilio de 'Cavalieri (the Symphony from Representation of soul and body), Henry Purcell (Chaconne in G minor for three violins and continuous) Y Carlo Gesualdo (my mind is sad. No darkness Responds. 2).

After the rest will come the moment of peace, the song to life, love and hope. From chaos and darkness, of the devastating spirit, decidedly optimistic attitude and word will emerge. The Indian Queen, from Purcell, Y Susanna Y Rinaldo from Händel will demand of the American singer her maximum virtuosity. The instrumental work Da pacem, Dominated of the Estonian composer Arvo Pärt will prepare the spirit for the words of Cleopatra: “… so my heart, after sorrows and tears, now that he finds his consolation, is filled with happiness ... " (Julius Caesar, Händel).

Joyce DiDonato maintains a close relationship with the Teatro Real, on whose stage he took the first steps of his career in Europe, playing Angelina in Cinderella (2001). Since then he has starred in three operas ─Ariadne auf Naxos (2006), Idomeneo king of Crete (2008) Y Der Rosenkavalier (2010)─ and two concerts ─one with Lyrical talents (2008) and another with The complex Baroque (2013)─, always with an enthusiastic reception from the public.

Joyce DiDonato's concert at the Teatro Real will be the first of her tour of Spain, which includes performances in Barcelona and Oviedo together with Tomato.

At the end of the concert Joyce DiDonato will be available to the public for the signing of her latest album, In War & Peace.