the Galania, My soul with Raquel Andueza 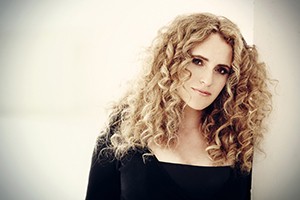 The Navarre soprano Raquel Andueza accompanied by his group the Galania pay homage with this recital to a less famous composer than its merits might lead one to foresee, Antonio Cesti (1623-1669), who in his time was known as The miracle of music and stood out both in the field of opera and to compete with the great Francesco Cavalli, the Venetian heir to Monteverdi. they are arias, still far from the model from the beginning, and cantatas of Cesti, embellished with some instrumental pieces, those that will sound in a program that has already enjoyed resounding success on disc.

La Galanía is one of the most important specialized ensembles on the current Spanish music scene. Founded in the year 2010 by Raquel Andueza and Jesús Fernández Baena, its purpose is to interpret baroque music, both 17th and 18th century, based on careful historicist principles and committed to collaborating with the best musicians, both Spanish and from other nationalities, all of them specialized in this repertoire. Its members are part of prestigious orchestras and groups worldwide, as The Arpeggio, Hesperion XXI, Al Ayre Spanish, Orquesta Barroca de Sevilla, Private Musicke, Orchestra of the Age of the Enlightment, etc. As the central axis of the group they have the soprano Raquel Andueza, which is regularly invited to the most important auditoriums and festivals in the world.

In January 2011 his first record project came to light, I am the madness, for the record label Anima e Corpo, album that since its release was a critical and sales success, and that unanimously received the Festclásica award, awarded by the Spanish Association of Classical Music Festivals. Since then, her Alma Mia recordings, I am the madness 2 and Pegasus, Likewise, are getting the best reviews and awards from the specialized press.

Symphony ahead of the Prologue (La Dori)

"What do you recommend Amor" (The Titus)

Symphony ahead of the Prologue (The Light)

Cantata is how much competition (1658)

"Unlock the depths" (The Light)