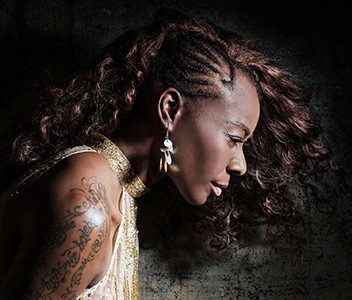 He Teatro de la Zarzuela will live next Saturday 1 from December (20h00) a Genuine music festival. Balearic singer Concha Buika, considered one of the largest and international artists fusion has given our country in the last two decades, It will call at the Coliseum concert season Jovellanos street of Madrid with its world Tour, Buika World Tour 2018.

winner Latin Grammy and with two nominations to the American Grammy, singer, composer and producer, His voice knows no barriers when it comes to geography or language. She has sung in Castilian, English, French, Portuguese, farsi, Italian and Armenian. Without going further, Los Angeles Times, one of the most prestigious rotating planet, it has been said that "although compared with Nina Simone, Billie Holliday O Edith Piaf, Buika only sounds herself. "The singer of Guinean origin certainly fill elegant historic hall Teatro de la Zarzuela with that sensual and soulful voice that characterizes, and it has been hailed as the Voice of Freedom in the list of the fifty best voices of all time by the American radio NPR chain.

Buika World Tour 2018 It includes a repertoire It combines different musical styles as Jazz contemporary, Reggae, World Music, Soul, Rhythm and Blues O Funk; all carefully selected and seasoned with deep accent fusion Flamenco which it is a qualifying show for The New York Times with an emphatic exclamation: "Shining ... magnificent ... spectacular!"Among the topics selected for presentation at La Zarzuela, will sound Deadbeat, Finally and surprising single singer, advancement of new album that will be released early in the year. His concerts, without exception, maintain the intensity from the first to the last note. No one can remain indifferent to his music and magical way to transmit. As the filmmaker says Pedro Almodovar: "Buika belongs to a lineage of artists who are rarely. She one can sing with heart split in half.”