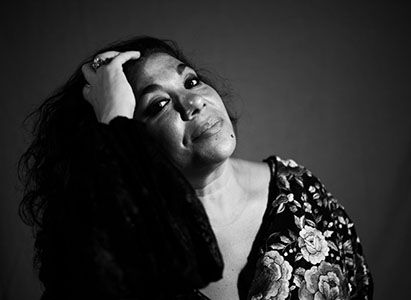 After the success obtained in its first six seasons, he Concert Cycle of the Teatro de la Zarzuela presents 11 new proposals with some of the leading voices of lyric, the popular song, he flamenco and the pop. This circumstance also contributes to the Coliseum in Plazuela de Jovellanos being considered an essential space of our culture., in which there is room plurality of Spanish music, without prejudice and with a spirit open to all kinds of audiences.

This next Saturday, 10 of September (20h00), will open the cycle the singer from Jerez Tomasa 'La Macanita', one of the most renowned and recognized artists in the world of flamenco, presented at the Teatro de la Zarzuela with 'To love and to love', a personal memory of the work of the composer Manuel Alejandro –also from Jerez–, author of songs that resonate in everyone's memory and who always knew how to express the feelings of the artists for whom he composed.

'La Macanita' will offer from this historic setting a sincere approach to the eternal themes of this composer whose works have portrayed the being and feeling of great performers who made them their own and at the same time of all: from Rocío Jurado to Raphael or Julio Iglesias, to name just a few.

The already immortal compositions of Manuel Alejandro acquire a new life, surprising, the voice of one of the greatest and most admired flamenco artists. 'La Macanita' thus debuts at the Teatro de la Zarzuela after an extensive and renowned career carrying her "flamencura" and her "gypsyness" through the world scenarios.